The mole is arguably one of the most well adapted animals on Earth, being almost comically well suited for a life spent near-entirely under the ground, vacuuming up worms with such efficiency some species can literally eat faster than you can see. In fact, moles are so well-suited for life underground they can “swim” through the Earth, something we know after observing them swim through couscous.

While mole are by no means the only animals to live near exclusively underground, they are one of the creatures best suited for doing so to such an extent the creature has no observable eyes. Since, well, it doesn’t need them when it lives in almost perpetual darkness. Hell, one offshoot of the mole, the golden mole, doesn’t even have fucking eyes at all since it lives in sand and as we all know there’s nothing worse than getting sand in ones eyes. 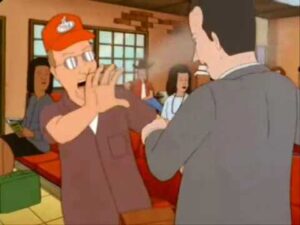 Well technically the golden mole does have eyes but they’re non-functional and covered with skin to avoid the whole, getting sand in them thing. As a result, the creature is effectively blind and deaf for good measure as it’s ears are almost useless too.

To counteract this all moles have an incredibly keen sense of smell, with the undisputed king of mole smelling capability being the star-nosed mole which has a nose so sensitive it can smell things underwater. For the curious, the mole does this by blowing out small bubbles of air and then sniffing them back in. Meaning technically, a star-nosed mole can tell if shark farts smell.

This is a trait near-unique to the mole family with experts on animal locomotion noting that of all the ways animals can dig and burrow through the Earth, the way the mole does it is considered so much more effective it’s the model they use for theoretical hyper-efficient digging robots.

Observing this behaviour isn’t easy though and for many years the way moles moved through the dirt was unknown. Or at least it was until scientists decided to make some mole-flavoured couscous. To explain, to figured out exactly how moles moved through dirt and Earth, scientists put a bunch of moles into giant vats of couscous and viewed them through a high powered x-ray camera.

Which probably has you wondering, “okay that makes sense, but why couscous?”. Well according to the experts conducting the experiment they had to use couscous because regular ol’ dirt isn’t of a uniform size whereas couscous is. Meaning they were able to more easily do all of their fancy calculations about the force exerted by the mole as it punched through the appetiser. As a bonus we now have images of moles absolutely flipping their shit in a big pile of couscous. 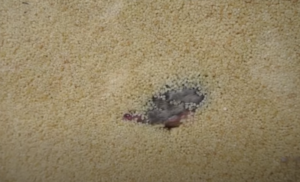 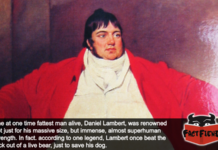 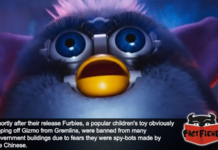