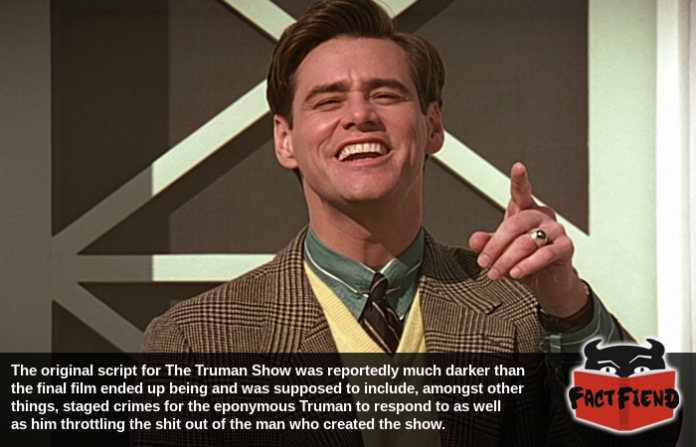 The Truman Show is a movie notable for launching the dramatic career of Jim Carrey and for unerringly predicting the eventual rise of ubiquitous media coverage of painfully mundane people. It’s also notable for undergoing like a dozen rewrites, some of which of would have featured the eponymous Truman being tricked into becoming a reality TV Batman.

To explain, The Truman Show originally began life as a high concept film titled The Malcolm Show set in a fictionalised version of New York built on a soundstage purely to troll the main character for the entertainment of people who watch his every move on TV. While that admittedly sounds very similar to the version of The Truman Show that was eventually released in cinemas, the tone of this early version was reportedly much, much darker. 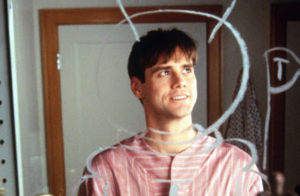 For example, in early version of the script Truman was an abusive alcoholic whose increasing paranoia about his life being a TV lead him to tearing a newborn baby from its stroller and threatening to spike it into the pavement. With the script calling for him to demand that the screaming infant’s parents admit that they know who he is and that his life is a TV show if they want him to give it back unharmed. For the curious, Truman comes to his senses, hands the baby back and loses his shit when the mother accidentally says his name. A scene that does appear in the final film, only instead a lady on the street, it’s a police officer Truman has never met prompting him to sprint into the woods being chased by men in hazmat suits. Which is admittedly far more relatable for a modern audience because hey, we’ve all been there.

Perhaps the most ominous series of scenes in the original script called for the creators of the fictional show Truman was taking part in to try and trick him into becoming a vigilante. How? Well by staging a series of crimes to occur directly in his peripheral including, we shit you not, the sexual assault of a woman he completely ignores. 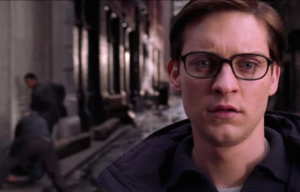 As for the film’s ending, it was going to feature Truman realising that his life and confronting the man responsible before viciously beating the living shit out of him with his bare hands.

This was all deemed to be just a little bit too depressing by the film’s director, Peter Weir and he demanded, well, like a dozen rewrites to make the film more palatable. While the film was being rewritten it came to the attention of Jim Carrey who found the plot relatable and even offered to lower his fee just for a chance to star in the film and establish himself as a serious actor.

This said, Carrey’s comedy pedigree resulted in the darker elements of the original plot being excised from the script in their entirety in favour of a more subtle and sinister tone hidden beneath a sickly sweet exterior that, like a fart in an elevator, slowly fades away throughout the film. 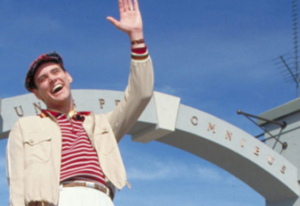 A choice that probably worked out in the film’s favour as we can’t really imagine that a film where Jim Carrey plays a violent, psychopathic vigilante would be that popular with critics. 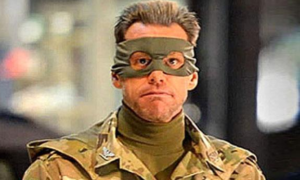