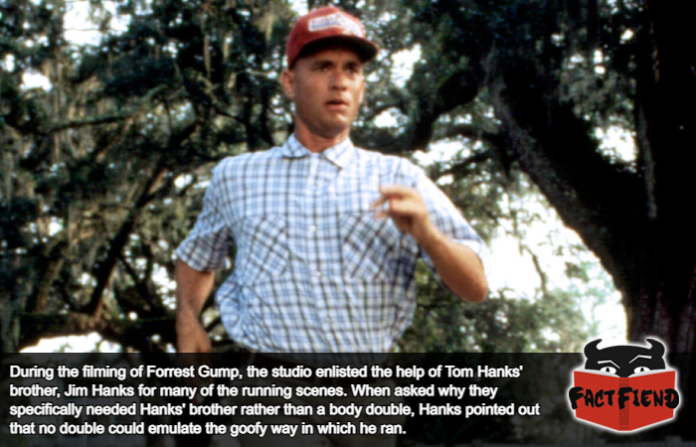 Forrest Gump is a film in which a well-meaning idiot stumbles ass-backwards through some of the most important moments in history all whilst running at the kind of speed usually reserved for cheetahs that have just had their balls whipped with a wet towel. Something that required Hanks to run, like, a lot, much to the delight of his wife who enjoyed how round and sculpted it made his ass. An ass that was so defined the studio needed to find a very specific person to step in for Hanks in some shots. His own brother.

First and foremost, yes, Tom Hanks has a brother, Jim Hanks who also just so happens to be an actor. Though admittedly not one as successful, well-known, beloved or award winning as Tom Hanks. Something no better epitomised than by the fact the lesser Hanks’ best known role that isn’t something directly related to his brother is a side character on Scrubs. 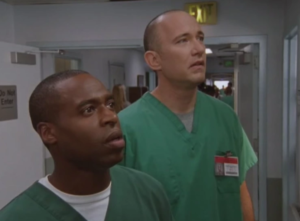 As for the rest of his career, the ancillary Hanks has mostly spent his time doing things his brother doesn’t want to do, which is code for providing the voice of Woody in every shitty Toy Story spin-off. Something he is able to do due to the fact he and his brother have near identical voices. 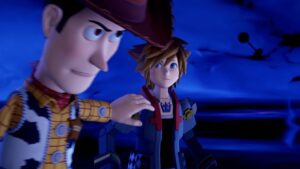 By far the weirdest credit in the minor Hanks’ career though is that of Forrest Gump, whom he played for an incredibly specific reason. The fact all Hanks’ apparently run like weirdos. Albeit, very fast ones. 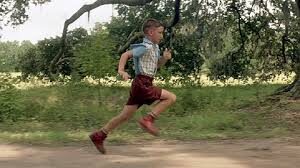 To explain, according to the Alpha Hanks, filming Forrest Gump was an exhaustive slog that required him to get in phenomenal shape so that he could convincingly portray a star athlete/turbo ping-pong player. In fact, Hanks got in such good shape that his Forrest Gump is low-key one of Hanks’ wife’s favourite films, in part, because of how immaculate and sculpted his arsehole looks in certain shots.

However, it isn’t always the Omega Hanks in every scene, with Hanks’ brother occasionally playing Gump in a handful of wide shots where you only see the back of his head. A casting choice the studio were initially hesitant to go with as they figured they could just hire a generic (read: cheaper) stand in for whatever shots they didn’t specifically need Tom for. However, according to Jim this idea fell through when every double the studio hired couldn’t get the now iconic Forrest Gump run right. As it would later emerge, the elder Hanks and his brother ran exactly the same way with Jim wryly noting in a later interview –

Tom had other doubles, but they couldn’t do the run. That’s a stupid Hanks thing.

Meaning Jim probably got the easiest paycheck of his career because it’s seemingly ingrained in the men of his family on a genetic level to run like they’re on the verge of shitting themselves.