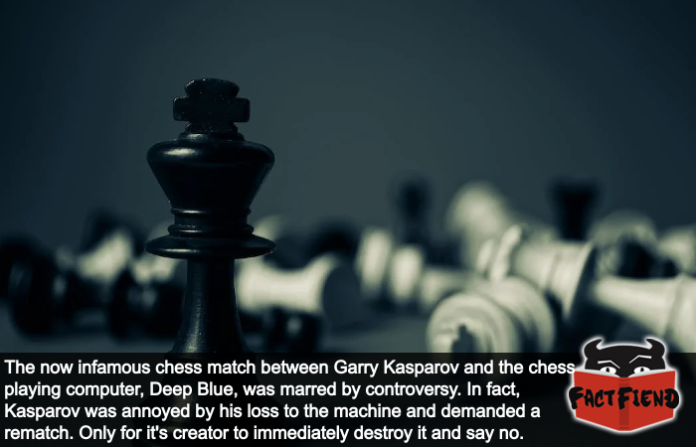 In the last few decades the relative strength of chess-playing computers and software has increased to the point even seasoned grandmasters actively refuse to play against them with a key turning point in this relationship between man and machine being the match and subsequent rematch between Garry Kasparov and a supercomputer called Deep Blue. Especially since Deep Blue did the most human thing imaginable after winning, refusing to rematch just to be a dick.

First though, for anyone wondering about he veracity of the comment in the intro, multiple chess grandmasters have gone on record as saying they refuse to play against dedicated chess-playing computers or software. With the usual stated reason from these titans of the game being that they simply can’t win. For example, Magnus Carlsen will admit to using chess-playing software for training purposes but won’t play the machine himself because he loses, and we quote, all of the time. 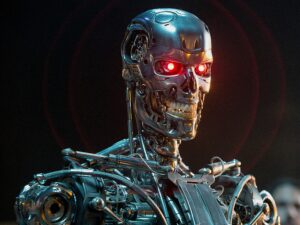 This stands in stark contrast to the strength of chess-playing machines just a few years ago which grandmasters could comfortably beat, largely as a result of their programming. Now we’re not going to pretend to understand the complexities of chess at the absolute highest possible level, but a simplified version is that older chess programs and computers placed an emphasis taking pieces rather than say, positional advantage. Allowing a knowledgeable human player, like say, a grandmaster, to exploit and take advantage of this pretty critical weakness.

It’s for this reason that the aforementioned Garry Kasparov was able to “easily” beat the first iteration of IBM’s chess-playing supercomputer Deep Blue, named Deep Thought, in 1989. In fact, Kasparov defeated the machine so handily that his vanquishing of its successor was a foregone conclusion. Which wasn’t exactly the case.

To explain, while Kasparov managed to beat Deep Blue, he lost 2 games to the machine making it one of the first chess-playing machines to accomplish such a feat. It’s the subsequent rematch between the two that made history. Specifically when the machine made a seemingly illogical move Kasparov couldn’t understand leading to the level 85 chess mage becoming visibly shaken. While Kasparov has since denied being confused by the move, experts and commentators have reported that the machine making a move even Garry Kasparov couldn’t see the benefit of made him believe that the machine had seen something he hadn’t.

For the curious, it would later emerge that the move was caused by a bug in Deep Blue’s code which resulted in it making a random, valid move. A move that, to Kasparov and many people watching, looked eerily human and threw him the fuck off.

So human in fact that Kasparov demanded a rematch with the machine as well as a printout of all of it’s moves. Demands IBM summarily rejected, instead choosing to dismantle the machine and delete all the logs. Or did they? Because according to persistent rumours Deep Blue actually remained in operation for years and IBM did eventually publish the internal logs for the match.

The important thing to note though is that Kasparov was super annoyed and Deep Blue acted like a huge salty baby about it, which more than anything, shows that machines are becoming a lot like us.