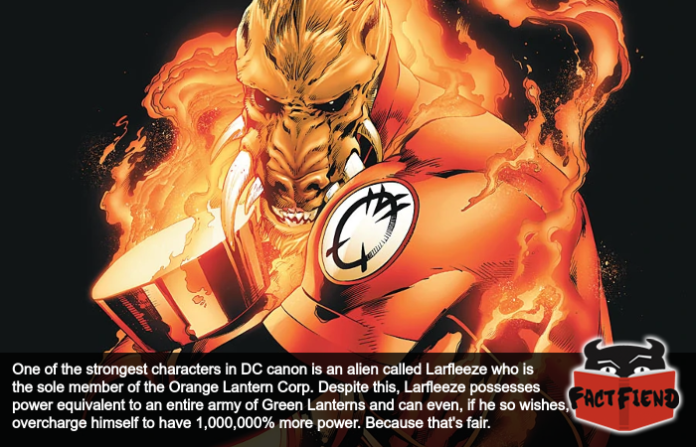 The DC universe is home to many unimaginably powerful characters, many of whom possess the ability to tear reality itself asunder with a well-placed backhand or shift tectonic plates by farting too hard. Arguably one of the weirder characters in this pantheon of living gods is an orange alien who hates Santa called Larfleeze.

To understand why Larfleeze is so powerful it’s important to note that within DC canon there’s something known as the Emotional Electromagnetic Spectrum, each aspect of which is governed by a specific colour which in turn corresponds to a specific emotion. An emotion that can be weaponised through the use of something known as a Power Ring, an item with theoretically capable of doing fucking anything. As long it is quite literally, in the right hands. 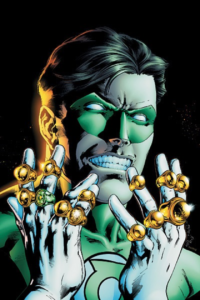 Specifically, a Power Ring notably possesses more destructive potential when it is being worn by a being more “in tune” with the aspect of the Emotional Spectrum that governs it. Our favourite example of this being a Red Lantern called Dex-Starr a cat who is capable of of standing toe-to-toe with fucking Superman purely because it’s so fucking pissed all of the time. Which makes sense because you know, it’s a cat.

Anyway, Larfleeze is the sole wielder of an Orange Power Ring which is rather apt when you realise that Orange is the colour that governs intense avarice and greed. To be clear, there are hundreds of orange rings just like, lying around, it’s just that Larfleeze is so greedy he refuses to share any of them. 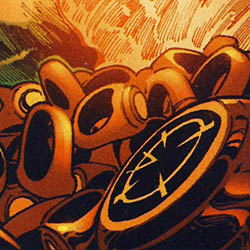 So how does this make Larfleeze powerful enough to contend with the likes of Superman? Well, because Larfleeze is literally the only Orange Lantern in existence he has access to all of the power the Orange Central Battery contains instead of being doled out evenly amongst each member like it is with say, the Green Lantern Corp. As a direct result of this Larfleeze possesses the equivalent strength of an entire army of Lanterns who if you recall, are each equipped with one of the most powerful weapons in the known universe. In fact, Larfleeze is capable of creating an entire army of energy constructs that can fight on his behalf from a galaxy away whilst he sits on his arse counting his money like Space Jeff Bezos. Hell, if he really wants to Larfleeze can empower himself with more orange energy, overcharging his ring to 1,000,000% of its supposed limit or by just stealing the energy of other rings. A unique ability that makes Larfleeze theoretically unbeatable provided he can maintain contact with the source of his power, which he rather fittingly never fucking puts down.

In fact, it’s exactly because of this that Larfleeze so seldom encounters other beings with the section of the universe he calls his home effectively being a no-go zone for other Lanterns and beings. This said, Larfleeze does occasionally leave his home, like when he tried to hunt down Santa Claus. 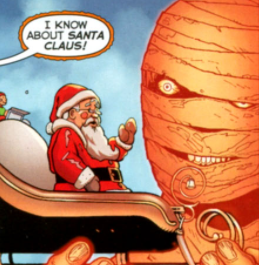 In a comic aptly titled The Larfleeze Christmas Special, Larfleeze learns of a magical being living somewhere on Earth called Santa Claus who, if asked, will give you anything you want. Sadly for Larfleeze he doesn’t get anything, prompting him to fly to Earth intent on kicking the everloving shit out of Jolly Old St Nick. When Larfleeze can’t find Santa he settles for using his constructs and attack and harass people dressed as Santa until the Green Lantern tracks him down to deliver the unfortunate news that Santa doesn’t exist. Even though in DC canon, he totally does.

After a brief argument the Green Lantern convinces Larfleeze to give back everything he stole whilst looking for Santa and asks him to look over his list and see if there’s anything on it that he truly needs rather than just wants for the sake of having it. A moment you’d think would be a perfect set up for a joke but the comic uses as an opportunity to kick your emotions square in the ballsack. Something we say because when LAafleeze looks over the list he notices that the only thing on it he doesn’t want to cross off is “my family“.