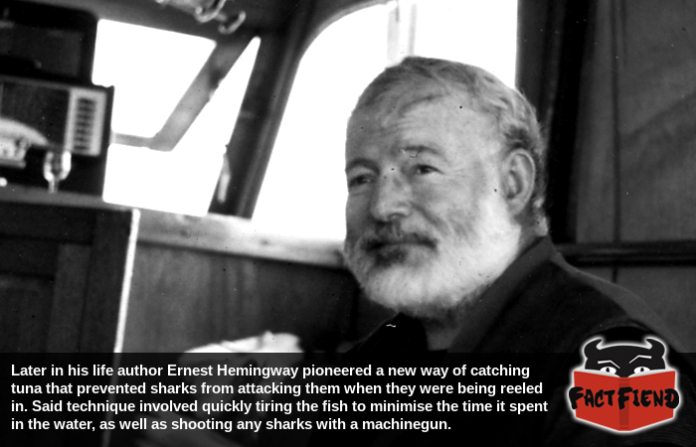 Ernest Hemingway is one of the most celebrated and influential authors of the 20th century, something we’re going to completely ignore in favour of talking about his contributions to the world of fishing. Specifically the way he pioneered fishing for tuna, with the best fishing rod and reel combo for beginners.

You see, although Hemingway is unequivocally best known for his work as an author he was a prolific big game fisherman who broke landed dozens of sofa-sized record breaking fish during his lifetime. 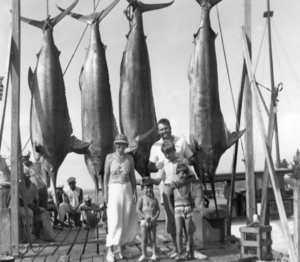 In fact, Hemingway was so well-known for landing massive fuck off fish that there’s literally a fishing tournament named after him in Cuba. 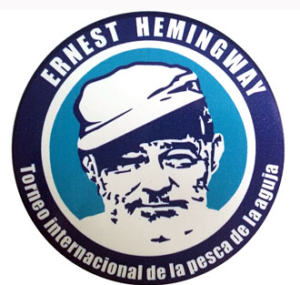 Anyway, Hemingway was particularly famous in Cuba for landing remarkably large and most importantly, pristine tuna. You see, owing to their massive size tuna are an incredibly difficult fish to catch and their constant thrashing means they often injure themselves when being reeled in. Said injuries often result in blood in the water which combined with the thrashing, often results in sharks coming to investigate what’s going on.

This is a problem for the tuna because, you know, they’re stuck, meaning the sharks are free to nibble the shit out of them. Because of all of this, landing a pristine tuna is notably very difficult.

As you might imagine then, Hemingway, being an avid fisherman, was keen to find a way to avoid this and he eventually pioneered a way to scare off sharks. By which we mean he would carry a machine gun with him while fishing which he’d use to wildly shoot at the water whenever sharks approached his boat.

Now while that admittedly sounds quite crude, the technique did require some degree of finesse as shooting the sharks too much would result in them thrashing about alongside the tuna spreading even more blood in the water which attracted, you guessed it, more sharks. Hemingway, being a sound marksman rarely made this mistake, although he did once inexplicably shoot himself in both legs while trying to quickscope a shark. Something he responded to in typical Hemingway fashion by penning an article simply titled, On Being Shot, Again. Seriously.