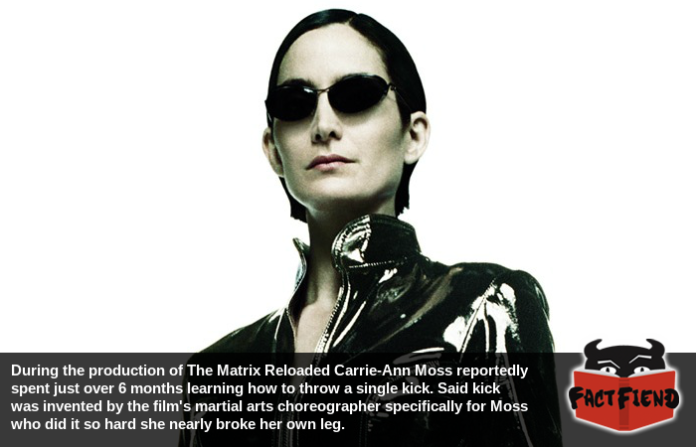 The Matrix is a film series that revitalised the, at the time, stagnant action genre with a judicious application of of slow-mo, gun-fu and twirling speed-of-sound foot slaps delivered by the principal cast to endless waves of unfortunate extras. In regards to the latter, actress Carrie-Anne Moss reportedly spent months perfecting her character Trinity’s signature kick. A kick she threw so hard she accidentally broke her own leg.

First though it’s important to understand that almost every punch, kick and swift hit to the balls was painstakingly choreographed by industry legend, Yuen Woo-ping. The man responsible for directing and choreographing the fight scenes in everything from Lethal Weapon 4 to Kill Bill. Meaning he basically gets a free pass forever on this site because he’s the guy responsible for footage of Uma Thurman breakdancing the legs off of suit-wearing samurais. 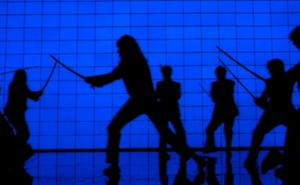 Anyway, Woo-Ping was reportedly kind of pissed off when he was first brought on to choreograph The Matrix due to the unfamiliarity pretty much the entire cast had with martial arts. However, after seeing their willingness to learn and getting them to sign off on a gruelling crash course in stylishly kicking ass led by him, he relaxed a little and set about creating a unique “signature” fighting style for each actor. With Woo-Ping supposedly being especially excited to work with Carrie-Anne Moss.

Why? Well during production Woo-Ping invented a brand new kick he dubbed “the scorpion kick” for Moss’ character, Trinity. You know, the one where she whips her foot over the back of her own head and half the speed of sound and knocks that guy the fuck out in the second movie? 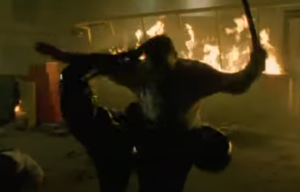 In addition to several other moves designed to highlight the character’s lethal adaptivity in combat. The problem was that the kick was both incredibly difficult to perform and required a level of flexibility usually only found in especially kinky ballerinas. This is in addition to the fact that the film required Moss to perform the kick in a form-fitting latex outfit.

Not one to give up, Moss trained with Woo-Ping for months during the production of the first movie to nail this and other moves designed for the character. A fact that’s doubly impressive when you realise that Trinity only uses that kick twice during the entire Matrix trilogy and that neither of those scenes is in the first film.

So where does Moss breaking her leg coming in to this? Well during production of The Matrix Moss just up and shattered her ankle when trying to learn some of her character’s moves. Worried that this would result in her being recast, Moss opted not to tell anyone about this and instead simply worked through the pain. If that doesn’t sound insane enough, keep in mind that Trinity’s signature kick from that movie was one that involved her leaping 10 feet into the air and Miyagi crane kicking someone in slow motion. 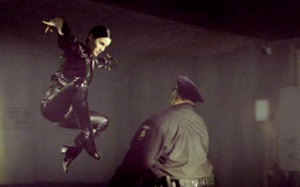 During the production of the second movie though Moss suffered an even worse injury, straight up breaking her leg during the first week of production. Because of this Moss had to spend 6 months training herself to walk again on her broken leg before training for an additional 6 months to master all the new moves she had to perform.

Now while Moss was by no means an outlier with every member of the principal cast being injured at some point during production, the fact Moss broke her own leg performing her character’s signature move, recovered and then broke it again doing the same thing is too weird not to single out. 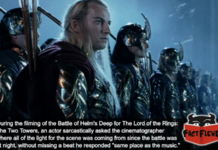