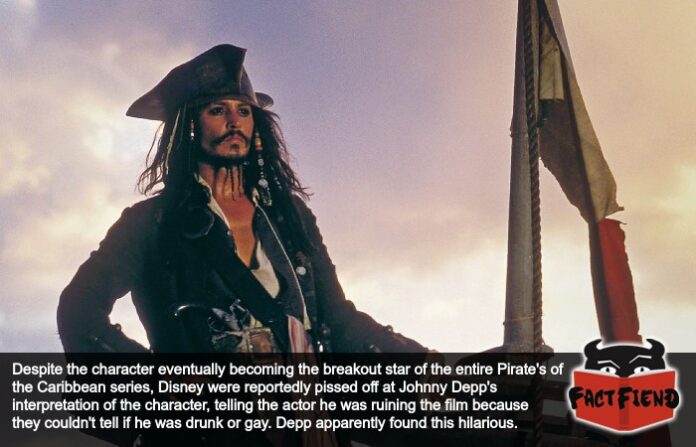 To explain, early ideas for the character of Jack Sparrow were more, shall we say, generic. Which you can tell because concept art looks suspiciously like Chris Pratt. 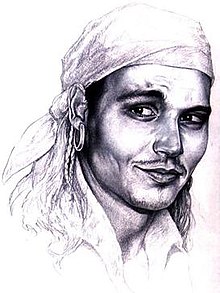 Anyway, the story goes that Johnny Depp singlehandedly upended this plan by being, well, Johnny Depp. Starting out his mission to make the character his own by dressing like a complete fucking moron, reportedly spending months of his own time researching pirates to inform his now iconic outfit which incorporates elements of everything from east Asian nomads to rock stars. The latter of which Depp felt were the modern day analogues to pirates and used to inform much of his performance and attire, drawing particular inspiration from the immortal rock demigod known as Keith Richards. 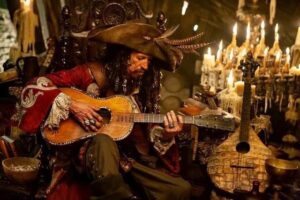 Whilst the most obvious inspiration Depp drew from Richards is his drunken, dick-first swagger, the actor also liked Richards’ habit of collecting trinkets from his many travels abroad. Something Depp incorporated into Sparrow’s characterisation with there being countless Easter eggs dotted just all over his costume for eagle eyed fans to spot and theorise about.

Anyway, whilst the crew loved Depp’s take on the character, Disney absolutely did not with former Disney CEO Michael Eisner reportedly being fucking livid when he saw footage of Depp swanning around in character. In particular Eisner didn’t like how Sparrow seemed perpetually drunk in every single scene. Which yeah, was kind of the point … 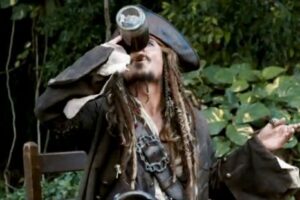 Moving on, Eisner reportedly found the character incomprehensible to the point he was legitimately considering insisting that they subtitle the character. A piece of news that reportedly amused Depp to no end. However, something that didn’t amuse Depp was a comment Eisner made about Jack Sparrow being gay.

To explain, during production Depp was brought in for a meeting with Disney executives where Eisner asked him point blank “What the fuck are you doing?” before angrily insisting to know whether or not the character was gay. A question Depp didn’t like the implications of, calmly retorting, presumably in character as Jack Sparrow –

Didn’t you know all my characters are gay?

A response that shut Eisner and the other Disney executives right the fuck up and then had them sheepishly apologising when his performance helped make them like a billion fucking dollars.