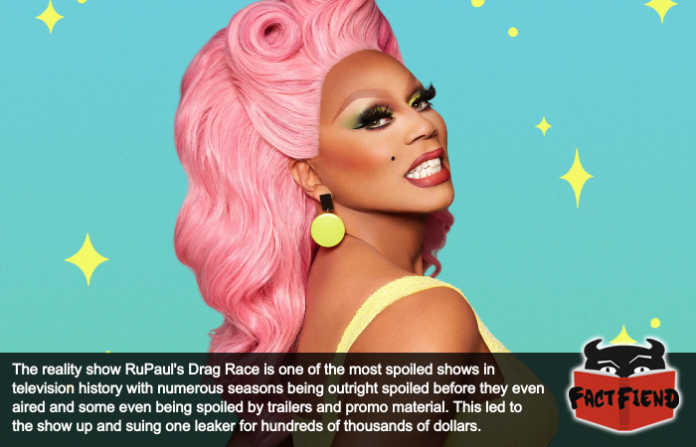 RuPaul’s Drag Race is a show celebrating all things drag that has gone from being enjoyed by a small but dedicated fan base to one of the most profitable and watched shows on TV. A fact that has seen the show become one of the most spoiled pieces of entertainment on the airwaves, much to the annoyance of producers who’ve gone as far as to sue the everloving shit out of leakers. Because you don’t fuck with a glamazon.

For anyone unfamiliar with RuPaul’s Drag Race, firstly, go watch it because it’s awesome but also know that it follows the same basic format as many reality TV shows. Mainly a bunch of people competing for a fabulous prize, in this case, $100,000, a shit-ton of free makeup and of course, a crown. 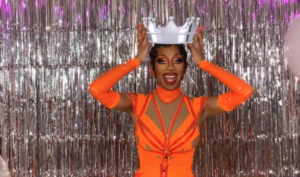 As mentioned, the show has developed an incredibly dedicated and wildly diverse fan base that cannot get enough of the glitz, glamour and gossip, so much so the producers made a whole new show that consists of nothing but the show’s contestants doing nothing but slamming cocktails and spilling tea. 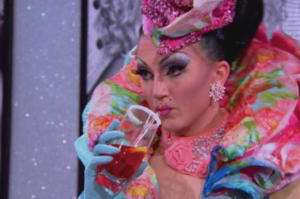 Anyway, the intense interest in the show in recent years has led to the show being spoiled, like a lot, with almost every season of the show being spoiled in increasingly stupid ways. For example, Season 3 was spoiled when social media influencer and known shithead Perez Hilton just posted the results of the finale before the season had even aired. A leak that pissed off producers so much that for every subsequent season they will typically film multiple, fake endings for the show.

In regards to these fake endings even the people competing on on the show have no idea who is going to win to the point they’re asked to film reactions to other queens and even themselves winning. With the eventual winner being crowned live during the finale solely at the discretion RuPaul himself. Pictured below wearing one of the swaggest jackets known to man. 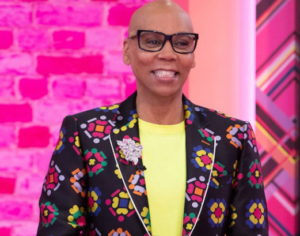 Anyway, you’d assume the show’s winner being decided entirely by one man on the night the finale airs would stop spoilers but, alas, no. The show has been repeatedly spoiled literally moments after airing. For example RuPaul’s Drag Race: All-Stars 3 was spoiled minutes after it aired by none other than Miley Cyrus, who tagged the winner on social media. 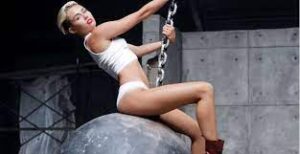 Which whilst admittedly annoying for the people it impacted was kind of their fault. The same cannot be said for fans watching All-Stars 5 who had the results of the finale spoiled by Netflix who used an image of the winner holding their ceremonial winner staff as the thumbnail for the entire series. Hell, for All-Stars 2 the entire thing was spoiled by a pissed off ex who spoiled the whole thing almost purely out of spite.

However by far the show’s most dedicated spoiler was a person known only as, aptly enough RealityTVLeaks who was somehow able to get their hands on not only details about the show before it aired but footage too. Which was great, for the show, as they own that shit and as a result, were well within their rights to sue the fuck out of the leaker to the tune of $150,000 per episode they leaked. Curiously RealityTVLeaks stopped posting shortly after the lawsuit was filed with the suit, as far as we can tell, fizzling out because it’s kind of hard to find someone when all you’ve got to go on is that they like RuPaul’s Drag Race and post online because the includes pretty much everyone.