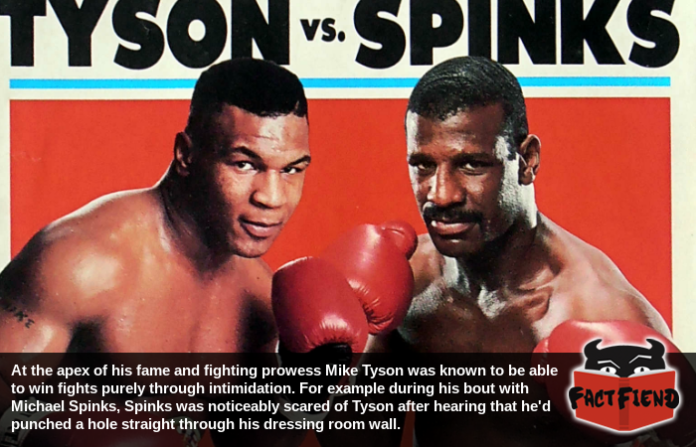 Few boxers in history are noted to have been as terrifying to face in the ring as the walking juggernaut of muscle and anger, Mike Tyson was in his prime. Capable of felling even the stoutest man in just a few blows, Tyson notable didn’t even need to throw a punch to get someone on the ropes.

Although best known for his tremendous, rib-shattering punching power, Tyson was also an incredibly analytical fighter, capable of picking up on and then exploiting the weaknesses in an opponents defence. However, he was also capable of just overwhelming near enough any opponent through nothing but punching. 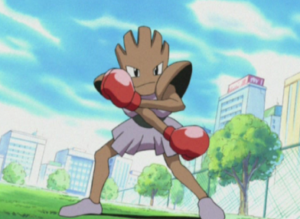 However, a lesser known ability of Tyson was his aura of power which terrified the living shit out of pretty much everyone he met, whether in the ring or out of it. Now while it probably won’t come as a shock that people were scared of Mike Tyson in his prime, because it was Mike Tyson in his prime, what may surprise you is that Tyson both knew and took advantage of this.

Perhaps the most notable example of this occurred when Tyson fought Michael Spinks in 1988 and the fight was put on hold for 20 minutes because Spinks’ manager saw a bump in the wrappings on Tyson’s hand. As Spinks’ manager argued with officials about this Tyson, rather than waiting around, began pacing his dressing room to get himself worked up, culminating in him punching a hole in his wall with enough force that Spinks heard it from the hallway outside. 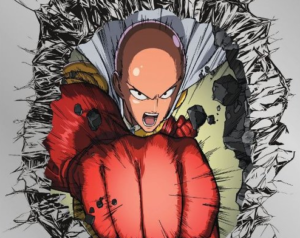 It would later emerge that Spinks’ manager had done this in an attempt to “psyche out” Tyson and admitted that it was probably a mistake when he learned that it had done nothing but piss Tyson off. Spinks himself was reportedly shitting bricks when he learned of how annoyed Tyson was and he was visibly nervous before the bout began.

Tyson didn’t relent on the psychological shenanigans, forgoing the use of traditional walk out music to instead enter the ring to the sound of a wall of sound composed specifically to sound as pants-shittingly terrifying as possible. Tyson also entered the ring without a robe, purely so that Spinks could see that he was drenched in sweat from his pre-bout warm up and then spent the entirety of the announcers preamble pacing around the ring shadow boxing as Spinks did everything he could to avoid looking at him. Less than a minute later, he was knocked the fuck out and Tyson was the heavyweight champion of the world, because of course he was because who the fuck could stand up to a man who warmed up by punching a hole through fucking concrete.