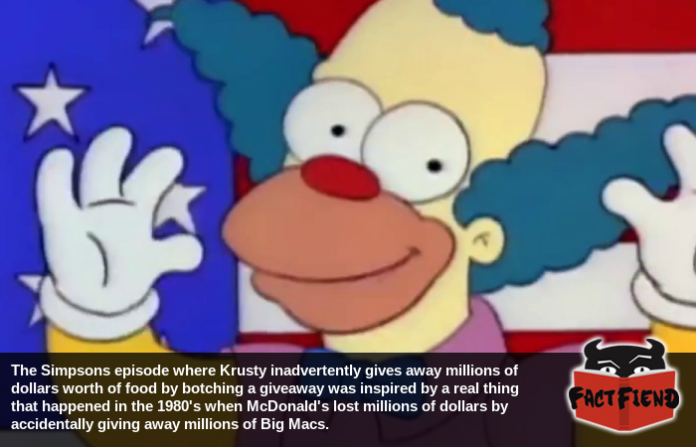 Over the years McDonald’s has spent millions of dollars on advertising its shitty burgers to the public and it has generally worked out for them. A notable exception to this occurred in 1984 when, due to a confluence of events McDonald’s should have absolutely seen coming, they ended up giving away so many burgers people were able to feed themselves for weeks.

To explain, in 1984 an executive at McDonald’s had the idea to sponsor that years’ Olympic Games and get the ordinary American excited and ready to support America’s athletes with the sweet allure of Big Macs, fries and Coca Cola.

Specifically the plan was to give customers who bought pretty much any item on the menu a scratchcard on which a “random” Olympic event was listed. If America happened to win a medal in that event, you’d win a prize, with gold netting you a free Big Mac, silver some fries and bronze a drink of your choice. Which sounds almost too good to be true, right?

Well McDonald’s did make efforts to put their thumb on their scale and it’s believed that all of their calculations for how approximately how much food they’d give away on America’s performance at the 1976 Olympic Games. Which probably has those of you with a keen eye for dates wondering why the company didn’t base their calculations on the 1980’s Olympic Games? The answer to which is simply, America had boycotted them for political reasons, allowing the Soviets and their allies to sweep the medal tables.

As you might imagine the Soviets were pretty pissed about this and as a result, they boycotted the 1984 Games in retaliation alongside 13 other countries. Basically handing the Olympics to the Americans to the tune of 174 fucking medals. For comparisons sake at the 1976 games America won a comparatively paltry 94. All of which resulted in McDonald’s having to hand out millions of dollars worth of food and drink they’d never expected to.

Now this alone might have been okay if not for a frankly baffling decision McDonald’s part, mainly to hand out those aforementioned scratchcards with the free food they were giving away. This meant that if you won say, a Big Mac, when claiming your prize you would be given another scratchcard that would in all likelihood also be a winner. Something that resulted in a daisy chain effect where people were able to claim tens of dollars worth of free food from a single purchase. We mean, yeah it was still McDonald’s food so it’s not like it was good, but it was free and as we all know, nothing tastes sweeter than free. 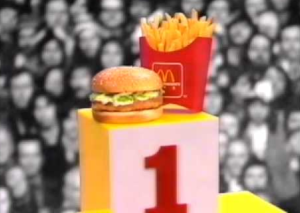 This critical and completely avoidable error on McDonald’s part resulted in so many millions of free Big Macs being claimed that many locations simply ran out of buns while others ran out of Big Macs entirely. All of which led to massive losses for the company, though exactly how much McDonald’s lost has never been established because the company was understandably embarrassed. Plus, it’s not like they could admit what happened, we mean can you imagine how much shit McDonald’s would have gotten for publicly admitting that they didn’t expect to give out so much food because they’d planned on the Soviet’s winning? 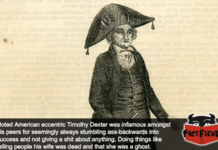