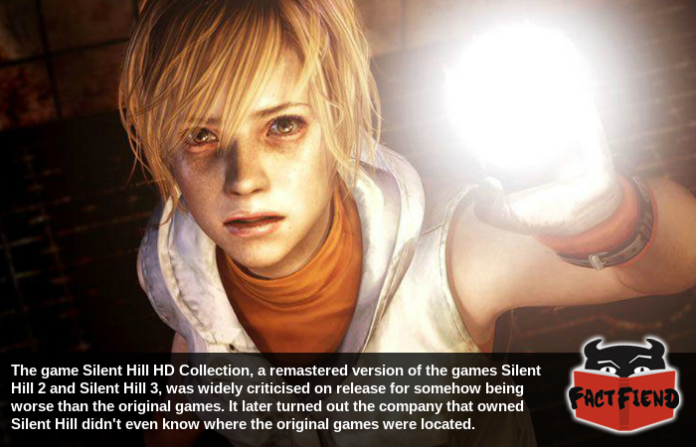 The Silent Hill HD Collection is a game that was ravaged by critics and fans more than the souls of people trapped in the game’s world. Considered a huge flop by virtually every metric used to measure the quality of games, perhaps the most impressive thing about the game is how thoroughly it got fucked up.

Perhaps nothing encapsulates this more than the thick, pervasive fog that permeates the world of Silent Hill. You see, in the games that make up the collection, Silent Hill 2 and Silent Hill 3, the world is covered by a thick, choking fog that makes just walking around a terrifying, pants-shitting experience where danger could potentially be lurking around any corner. 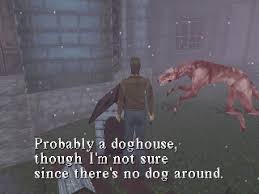 As it turns out, the decision to cover the world in terrifying sex fog was a deliberate and kind of genius decision made by the developers to hide how shitty some parts of the world looked. You see, the hardware the original game was released on wasn’t exactly capable of rendering an entire world with the level of visual fidelity the developers wanted and so they found a solution in the form of a perpetual barrier of impenetrable fog. The idea being that this constant swirling maelstrom of terror mist would hide the lower textured elements of the environment.

A side effect of this was that the endless sea of fog stalking the player helped create to a claustrophobic environment that ultimately helped establish a tone the series would become famous for. 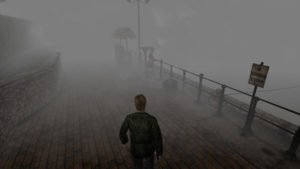 So why are we mentioning this? Well, when the game was remastered in HD, for some inexplicable reason they decided to remove this fog because, well, it was a feature initially intended to hide limitations of the hardware. The problem was that, one, the entire fucking tone of the game hinged on this fog and two, the company in charge of the remaster didn’t have a finished version of the game to work with.

To explain, according to the company behind the remaster, Bluepoint Games, Konami didn’t give them the completed source code for the games they were tasked with remastering. Reportedly because they’d lost it. Something that resulted in some parts of the game literally not being finished, which would have been okay if there was, say, some cool fog covering it up, but there wasn’t.

The end result was a game that looked, to put it blunty, unfinished, to such an extent an art director from the original games genuinely thought screenshots of how shitty it look were fake.

It gets just a little worse though because the game also didn’t sound finished because of issues with the original voice actor from Silent Hill 2, Guy Cihi. Which is code for Konami didn’t want to pay him again and literally just dubbed over his original voice performance with a new actor. The same thing was done with the soundtrack and there are parts of the game where you can hear the original game’s soundtrack, despite obvious efforts being made to dub over it. There are also just some sound effects that are either wrong or outright missing, because sure, why the fuck not.

Konami, for their part, heroically told fans annoyed by the slapdash nature of the remaster to fuck off the edge of their dicks and refused to fix any of the dozens of problems present in the final product. The company went as far to cancel a proposed patch for the Xbox 360 version of the game meaning that it just, doesn’t work. As an idea of how bad the game is, fans argue that the original versions of the game not only play better, but look better too. Which is pretty damn impressive when you realise that it would have literally been better for almost everyone involved to just do nothing.