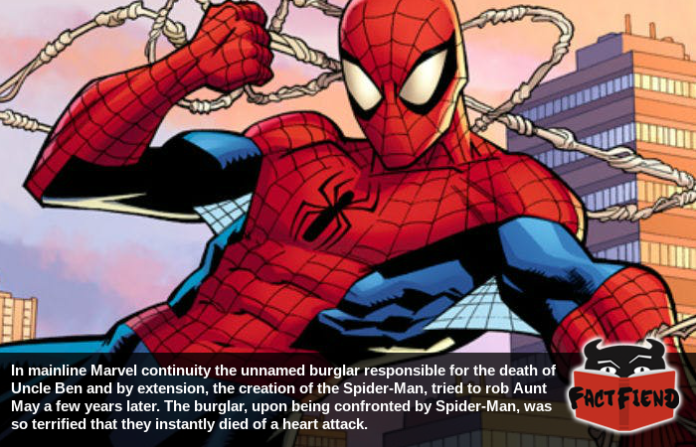 There’s an old joke in the world of comics that the only characters in all of comic canon who are never allowed to come back to life due to comic shenanigans are are Batman’s parents and Spider-Man’s Uncle Ben. In regards to the latter, while Uncle Ben has indeed stayed dead, the comics have mined the shit out of his untimely demise, accidentally turning Spider-Man into a fear-murderer in the process.

To explain, in the mainline Marvel universe, Uncle Ben was killed by a criminal during a botched robbery attempt on his home. 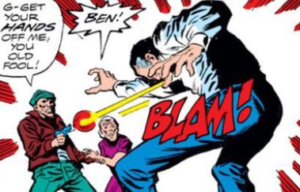 As an aside, because this is kind of amazing, the comics have since established that if Ben would have somehow managed to get his hands on the robber he would have in all likelihood, beaten the living fuck out of him. This is because Ben was a soldier and military police officer in his youth and as a result was trained in both snapping necks and cashing cheques.

Now as you’re probably all too aware thanks to the movies, Spider-Man had a chance to stop the criminal who shot Uncle Ben but chose to do nothing because fuck it, it wasn’t his job. Upon realising that, through his in-action, he’d killed his uncle, Spider-Man vowed to fight crime using his amazing arachno-powers. 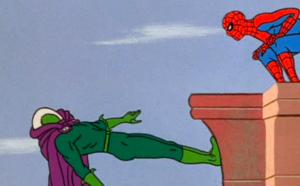 Here’s the thing though, the comics couldn’t just leave this particular thread alone and it’s noted that the burglar who shot uncle Ben came back a few years later to rob Aunt May again. Why? Well, apparently there was some kind of treasure hidden in the Parker house and the burglar wanted it.

However burglar is interrupted by a (powerless) Peter Parker who, despite not having access to his super-human abilities, nearly beats him to death with his giant man-hands. The burglar is able to escape, only to be hunted down by a now costumed Parker. The burglar, not knowing when to quit, angrily questions Spider-Man about why he gives such a huge shit about an old woman he was trying to brutalise. You know, even though that’s Spider-Man’s whole deal.

Anyway, a furious Spider-Man rips off his mask, revealing to the burglar that he is responsible for the creation of Spider-Man. For some reason, despite knowing that Spider-Man has no powers, the mere thought of a Spider-Man being (a guy known for being able to bench a fucking school bus) wanting to beat his ass causes him to have a fear-induced heart attack and die on the spot. 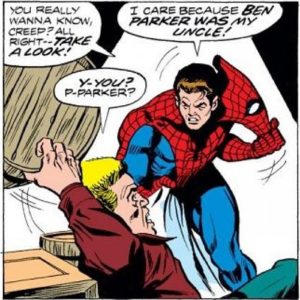 Spider-Man continues to piss on the burglars legacy by never bothering to even tell anyone his name and later in one comic fucking his daughter by proxy. By which we mean his clone dates and then presumably bangs the shit out of his daughter using his augmented spider-strength.