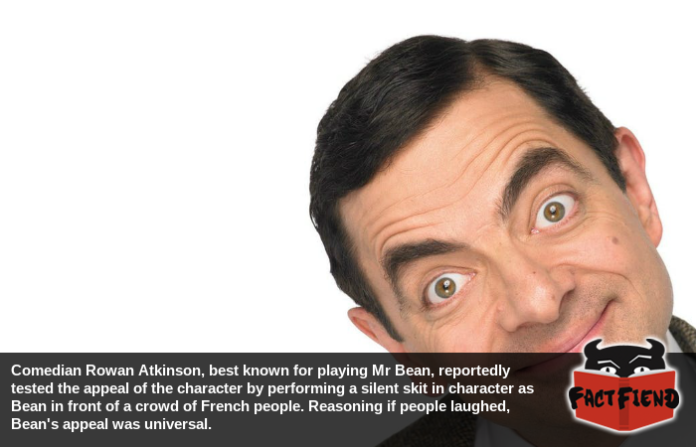 Befitting the bumbling nature of the character, the success of Mr. Bean is oxymoronic in that the humour of his eponymous show is quintessentially British whilst simultaneously having quite literally, worldwide appeal. Something that, while surprising to industry analysts and experts, was wholly expected by actor Rowan Atkinson who tested the character’s appeal in front of a crowd full of people who couldn’t understand anything he said.

Before that we should clarify that Mr. Bean does indeed have literal worldwide appeal and that the character is widely considered one of the single most recognisable and beloved icons of British pop culture ever. For example, in 2014 the character topped out a poll of greatest ever Britains, only being edged out for the number one spot by the like of William Shakespeare and the fucking Queen, beating figures as iconic as Paul McCartney and Winston Churchill despite the rather obvious handicap of not being real. 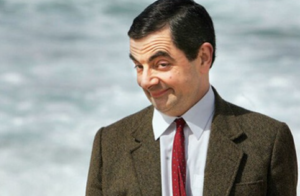 Likewise, Mr. Bean is noted as being one of the most liked figures on Facebook, having more fans than any other TV brand or character and more than figures as well-known as Eminem, Jackie Chan, Beyoncé and Taylor Swift. A fact that becomes even more impressive when you consider there was only 15 episodes of Mr. Bean ever produced and Rowan Atkinson has largely retired the character, with his last major in-character appearance as Bean being 2012. Then again that appearance was a performance at the fucking Olympics watched by virtually the entire world so we’re guessing it’s hard to top that.

Now it’s largely agreed that part of the character’s seemingly global appeal is the fact he is almost wholly silent, which means the humour of his eponymous show translates very well, because it doesn’t really need to be translated at all. Something that has seen the show become one of the most widely syndicated ever, with Mr. Bean being sold to over 200 different markets. In particular though the show is noted as being hugely popular with airlines, who note that, due to its lack of dialogue, can be watched and enjoyed by entire cabin of people from different parts of the world. Even if they don’t have those shitty airplane headphones. 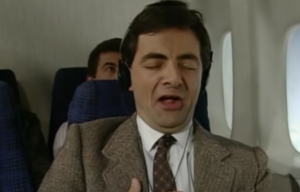 All of which was anticipated, if not expected by Atkinson, though likely not on the aforementioned scale. We say this because Atkinson is known to have tested the potential appeal of Mr. Bean at the Montreal Just For Laughs festival in 1989. So where does people not understanding a word Atkinson said come into this? Well when Atkinson turned up to the festival he was, somewhat understandably, put in a time-slot where he’d perform in front of an English speaking audience. To the surprise of organisers though Atkinson insisted on performing in front of a French speaking audience. A language he doesn’t speak. Not that it mattered given that his set contained no dialogue whatsoever but it was a ballsy move nonetheless.

As Atkinson expected, his performance as Mr. Bean was a hit, so much so it was picked up by HBO, which eventually brought it to the attention of the BBC which in turn helped Atkinson sell the idea of a silent weirdo bumbling his way ass-backwards through everyday situations.