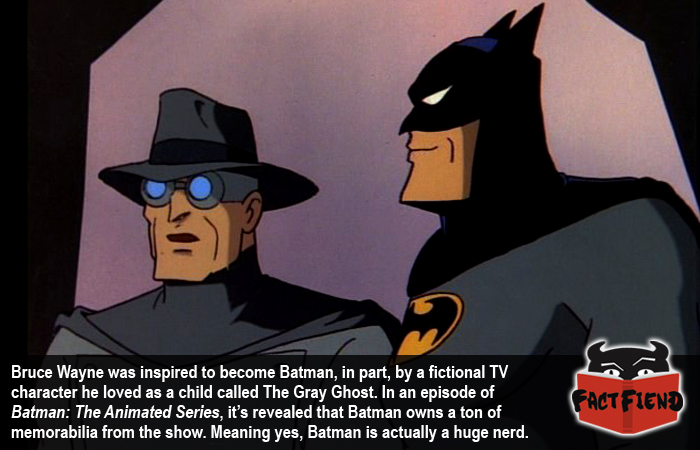 The word “Batman” is so intrinsically linked with being a total badass, that it can only be tattooed onto granite and speaking it loud is a cure for a sore throat. However, despite his outwardly menacing appearance and collection of bat-shaped knives, Batman has a rather unexpected and geeky obsession, a campy, in-universe TV show.

The TV show which is known in the DC universe as, The Gray Ghost, is described by the official DC universe wiki as a popular TV show revolving around a fictional crime fighting detective called, funnily enough, the Gray Ghost, the wiki also notes that the show was enjoyed immensely by a young, pre-Batman Bruce Wayne.

The Gray Ghost is a recurring element in the Batman mythology and according to Batman himself, the Gray Ghost is one of the main inspirations behind him becoming a superhero in the first place. All of which is awesome and actually kind of cute, but far from growing out of his obsession with the show as he grew older, Batman actually became more obsessed.

For example, Batman personally owns more Gray Ghost memorabilia than anyone else in the entire DC universe, up to and including the costume the actor wore on set. Hell, in an episode of Batman Beyond, an ageing Bruce Wayne actually puts the costume on to conceal his identity when someone attacks the Batcave.

And in the same episode it’s revealed that he keeps it in a bulletproof glass case alongside the costumes of some of his most famous allies and enemies.

In an episode of the Batman: The Animated Series, Batman actually comes face to face with his hero in an episode simply titled The Mad Bomber and he basically spends the entire episode being a huge fanboy, gushing about how he was a fan of the show as a kid, in costume, as Batman. At one point he even shows Simon Trent (the actor who played the Gray Ghost) the huge shrine he built to his memory, which is only creepy if it’s done by someone other than Batman. Oh yeah, the Gray Ghost is also voiced by Adam West as a nod to the campy 60’s Batman TV show because subtlety can eat a dick.

We’re not trying to say this is a bad thing, in fact we’re saying quite the opposite, we think it’s awesome that even one of the most badass, brooding heroes in fiction still has a soft spot for a dumb TV show about an ass-kicking detective. because it sure as hell makes us feel better for still wearing Batman underwear. 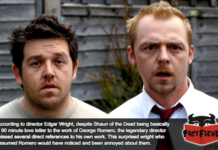