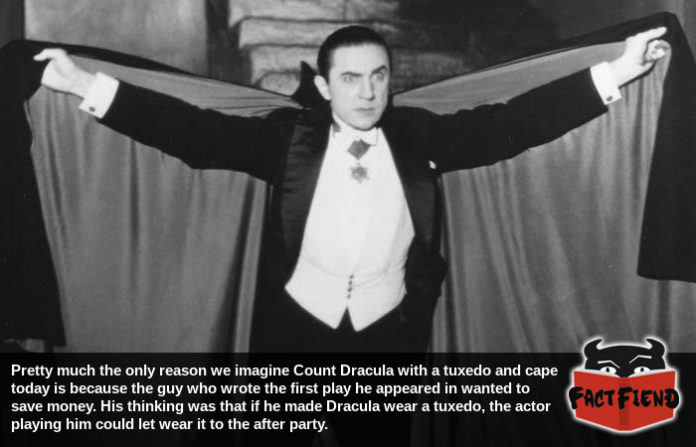 Count Dracula is the suavest fictional motherfucker since Oedipus. Synonymous with style, sophistication and getting mad laid, Dracula is near universally portrayed as a tuxedo-clad ladies-man. An image we only have today because one guy was cheap and couldn’t be arsed being subtle.

To explain, almost everything we stereotypically associate with the Count Dracula can be traced back to a single play written by a guy called, Hamilton Deane in the 1920’s. The tuxedo, the cape and even the stupid fucking collar were all the invention of Deane who wanted a shorthand way of suggesting to the audience that Dracula was a man of sophistication. 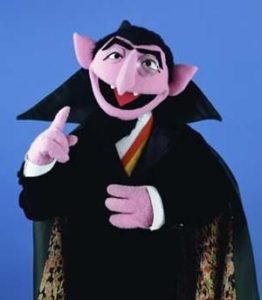 The idea being that the audience would see Count Dracula macking the fuck out in his tuxedo and assume that he was a man of fine taste, even if they were sat far away from the stage. A beneficial side-effect to having the actor playing Dracula wear a tuxedo in every scene was that it saved costs on wardrobe, since the actor could just take the cape off and be suitably dressed for the after party.

Speaking of the cape, that was added to the costume partially to evoke the image of a bat and partially to allow the actor wearing it to hide a hole in the stage, into which he could slip and disappear when the play needed, giving the illusion Dracula had used vampire magic to vanish. The cape’s large collar helped sell this illusion by hiding the actor’s head whenever he turned around. It also quite handily looked fly as balls. 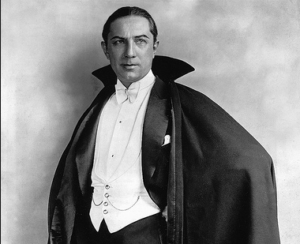 Although the image of Count Dracula established in Deane’s play and later cemented by actor Bela Lugosi is considered the defacto look for the character today, it’s actually pretty far from what Bram Stoker originally had in mind.

For a start, according to Stoker’s novel, Dracula is an old, feral looking man with pointed ears, a pallid, gaunt expression and a giant white bushy fu manchu moustache. In addition the Prince of Darkness is described as having hair on his palms, a crooked nose and a pointy beard. While he does get younger as the novel progresses and his power grows, it’s evident that the image we have of Dracula today is nothing like the one in the book he first appeared in. 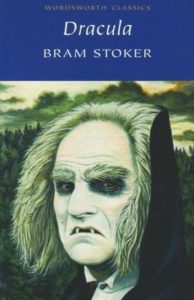 While there have been more faithful interpretations of the character since the 1920’s, Deane decided to take a certain amount of creative liberty with the character to make the subtle aspects of his character more explicit in a visual sense. Which makes sense, the novel had hundreds of pages to describe Dracula and explain how he’s a master manipulator who can subtly influence people with his vampire powers and has amassed a fortune in both wealth and knowledge over the centuries, Deane had only an instant to sell an audience on Dracula and what he was about. And the easiest way to do that was slapping him in a tuxedo, making him handsome and giving him a cool foreign accent.