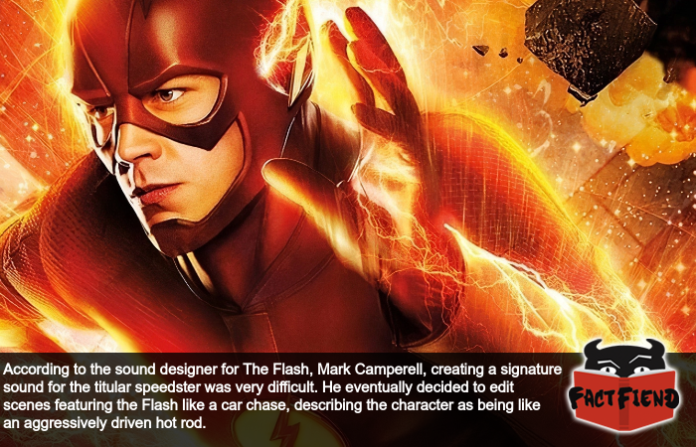 The Flash is part of an expansive and ambitious TV multiverse revolving around characters from DC comics largely that focuses on the misadventures of the Scarlet Speedster and his collection of super friends. As a character defined by speed, editing the show is understandably somewhat difficult, or at least it was until the sound designer decided to start treating the Flash like a souped up sports car.

To explain, an inherent difficult with editing live-action superhero media is trying to strike a balance between the heightened sense of reality of the original comics and the more grounded, suck-ass version of it we live in. For example, in regards to the Flash, he’s a guy capable of breaking the sound barrier with his penis and travelling through time with a treadmill which aren’t exactly things it’s easy to find a real world parallel for. Especially when it comes to sound. Enter, Mark Camperell.

Credited as the sound designer/editor for The Flash for much of its run, Camperell is the guy tasked with figured out what something like this would sound like when translated to live action without making it corny. 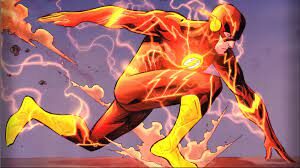 Specifically, Camperell wanted to avoid stuff like cartoonish whooshing noises or generic stock sounds people might recognise and sought to create an entirely new soundboard for the character combining sounds that he felt gave the feeling of “speed” such as thunder, jet planes and, presumably, the sound of wet towels flicking directly at the balls of cheetahs drinking espresso.

Moving on, after creating these sounds though Camperell still struggled to find a way to utilise them without the effect seeming, cheap. Which is when he had the idea to, in his own words –

“editorially treat him like a really aggressively driven hot rod“

To explain, Camperell wanted to edit scenes of the Flash running like a car chase in a more traditional movie or TV show which included editing in sounds that suggested the Flash was doing power slides on foot. Which, if we’re honest, kind of makes us want a Flash movie filmed and edited exactly like Tokyo Drift.