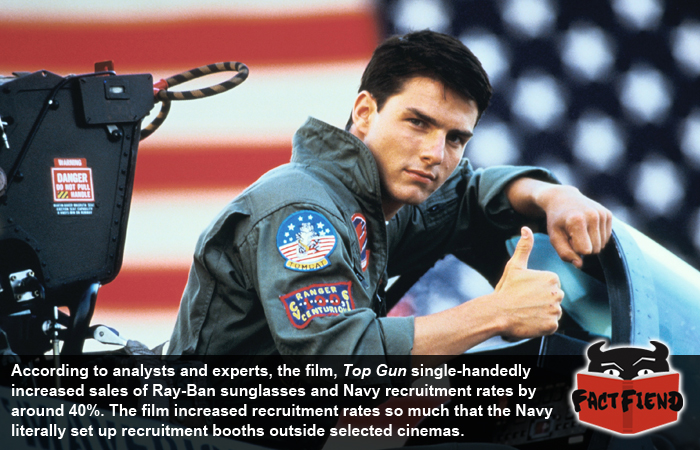 Top Gun is a film in which Tom Cruise almost causes World War 3 by jet-slapping a bunch of MiGs out of the sky at the height of the cold war and somehow gets away with it because the soundtrack is that bitchin’. While not an immediate success, the film did manage to successful increase the sales of aviator sunglasses by like 50%.

While not a critical darling by any stretch of the imagination, Top Gun was a huge hit with the public, raking in almost half a billion 1980 dollars on a budget of just $15 million. For comparison’s sake, the studio spent almost that much on just Tom Cruise’s salary for the film’s sequel some 20 years later.

Anyway, the film was a nightmare to shoot, in part, because Cruise wanted to film all of the film’s stunts for real using actual military hardware. An insistence that caused endless headaches for production as the lens required to film in the required aspect ratio for cinema literally didn’t fit inside the cockpit alongside Cruise’s massive ego. As a result they had to shoot the film in Super 35 as they were the only cameras they could cram into a jet’s cockpit without causing it to careen into a mountainside at Mach 3.

The studio actually managed to address this for the sequel, using specially made orbular lenses that could film in IMAX and then somehow figured out a way to stuff 6 of them into a cockpit alongside Cruise. 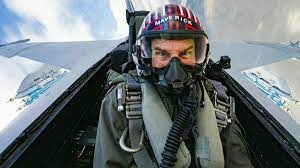 Moving on, besides immaculately choreographed dog fights and the most homoerotic game of volleyball ever filmed, the movies is perhaps best known for the fact Tom Cruise wears a pair of aviator sunglasses in nearly every single scene. 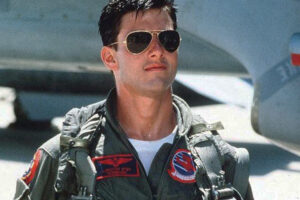 Now exactly why Cruise wears this particular brand of glasses in the movie isn’t clear because the guy responsible for putting Ray-Bans into a bunch of movies in the 80’s, Gary Mezzatesta, refused to clarify whether or not the company that owns Ray-Ban, Bausch & Lomb paid to have them featured in any of the films in which they’re prominently placed for an interview with a book about the subject of product placement.

What we do know is that the company had already teamed up with Cruise for the movie Risky Business, outfitting Cruise with a pair of Wayfarers. 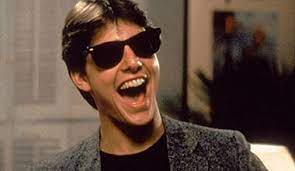 Now while this particular style of glasses are pretty popular today, at the time Risky Business was released sales of the glasses had slumped to just 18,000 pairs a year. In short, they weren’t popular. After the release of the film sales of the glasses increased 20 fold, an upward trend that continues to this day.

Understandably Ray-Ban were chomping at the Tom Cruise-shaped bit to see a similar success story with another style of similarly slumping-saleswise sunglasses. Aviators. Again, where or not the studio was paid to have Cruise wear the glasses is unclear but what we do know is that simply by wearing them on his impossibly handsome face, Cruise caused sales of the glasses to increase by 40% virtually overnight.

That’s not all though because the film also reportedly caused an increase in interest in the Navy. So much so that the Navy just up and put recruitment booths outside theatres showing the movie. Something we wish we were making up because holy shit that sounds dystopian as fuck.