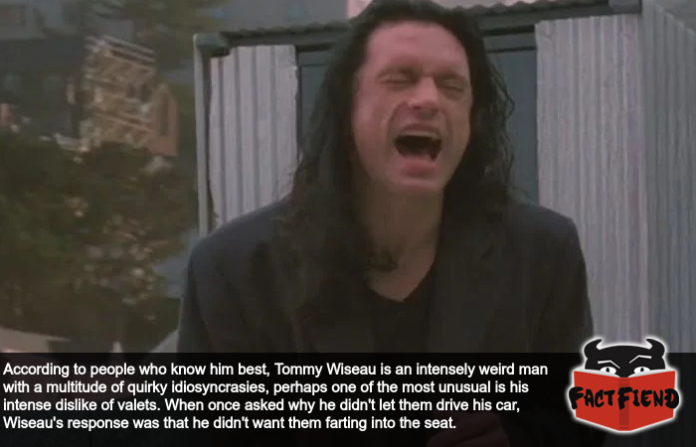 We don’t think it’s going to surprise anyone reading this, especially if they’re a fan of the site, that the human question mark known as Tommy Wiseau is an aggressively and intensely weird man with a list of idiosyncrasies longer than a CVS receipt. One of the most baffling is Wiseau’s bordering-on-unhinged distrust of valets. A group of people Wiseau profoundly dislikes due to the bizarre and unfounded fear they will fart all over his seat.

Now a lot has been written about Wiseau over the years and it’s hard to tell which if any of the multitude of claims made about him are accurate, largely because Wiseau himself is jealously guards virtually every aspect of his private life and past to the point people genuinely arent sure if Tommy Wiseau is even his real name. Hell, even things confirmed by Wiseau himself aren’t wholly reliable because he’s made a habit of altering or outright changing details about his life that he’s let slip during interviews and the like. 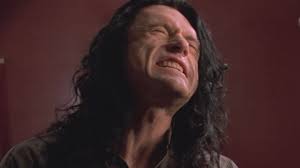 This said, there are some tidbits about Wiseau that are believed to be pretty accurate as they’ve been corroborated by multiple sources including his long-time friend and confidant, Greg Sestero. One of which is that Wiseau fucking hates people blowing ass in his vicinity, like a lot. Like to the point he once chewed out a crew-member for pooting in his presence angrily telling them “Please don’t do this ridiculous stuff.” And you know something’s serious when Tommy Wiseau is telling you that you’re being ridiculous. 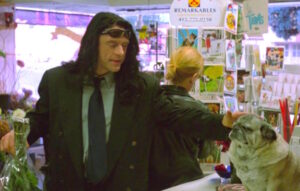 According to Sestero Tommy’s dislike of gas passing even extends to areas that he frequents with Wiseau once snatching his keys from a valet in front of Sestero who understandably questioned why he was that bothered about someone else sitting in his car. To which Wiseau is said to have sheepishly responded in broken English, something to the tune of I don’t want them farting in my seat. A sentence we absolutely believe because it’s about Tommy Wiseau.

Other facts about Wiseau we’d like to share, largely because they’re fucking amazing is that he once reportedly self-funded a bunch of commercials just to get a SAG card, he fully believes that midnight screenings of the room helped lower America’s crime rate and that, *sigh*, he frequently jokes about maybe being a vampire.