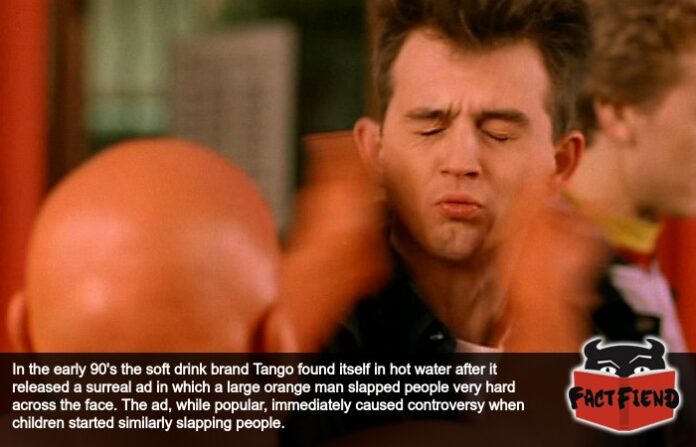 There are a lot of choice words you could use to describe ads and most of them would, ironically, get any ad they appeared in immediately pulled from the airwaves. One word you wouldn’t ordinarily use to describe an advert though is dangerous, unless you’re talking about an ad from the 90’s that somehow resulted in kids slapping each other so hard they went deaf.

Said ad was for a popular fizzy drink brand called Tango, which since its inception has, like most sodas, has long struggled to compete with the carbonated behemoth known as Coke for market-share and recognisability. For anyone currently wondering about Pepsi, Tango and by extension its corporate owner Britvic have an uneasy alliance with the soda titan, with PepsiCo owning a small stake in Britvic and Britvic in turn having the exclusive license to produce and sell several Pepsi products in the UK.

Anyway, in the early 1990’s Britvic realised that the best way to compete with a brand as monolithic as Coke was to be batshit insane enough for people to take notice and maybe be tempted to give their trademark orange soda a try. 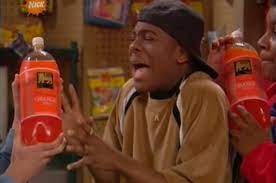 This culminated in the brand releasing an ad featuring a bizarre-ass character known simply as the Orange Man who, as you may have guessed from his name, was a large man who was orange and also naked for some reason. 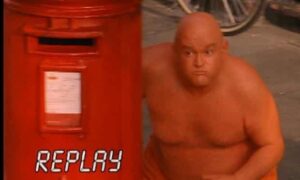 Now the premise of the ad was a deliberate subversion of so-called “cause and effect” ads which for those not in the know are ads where something good happens to a person using the product or service being advertised and involved the aforementioned Orange Man double-hand slapping a Tango drinker right across the fucking face.

A concept that whilst admittedly very funny, immediately courted controversy when kids across the UK started similarly “Tango-ing” their friends and family. For some reason the co-creator of the ad, Trevor Robinson, found the idea of kids wanting to commit random acts of violence hilarious. Or at least he did until stories about kids having their eardrums slapped off started making headlines.

Understandably, the ad was quickly pulled but the story doesn’t end there because Tango ended up releasing a bunch of ads that similarly encouraged kids to hurt and/or bully each other. For example one ad showed a guy being rolled up in a carpet and pushed down a hill which aired shortly after a kid died in an eerily similar manner and another that showed a guy screaming at a child through a megaphone which was pulled when kids, you guessed it, started screaming directly into the ears of their friends because they found it funny.

While we’re inclined to agree that it was right to remove these ads from the air because kids are shit, we do disagree with an ad that was banned for supposedly encouraging kids to taunt fat people with special “Tango Megaphones” if only because the ad features James Corden and everyone should be encouraged to tell him to fuck off as loudly and obnoxiously as possible. 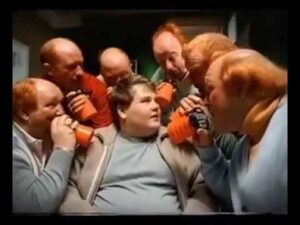