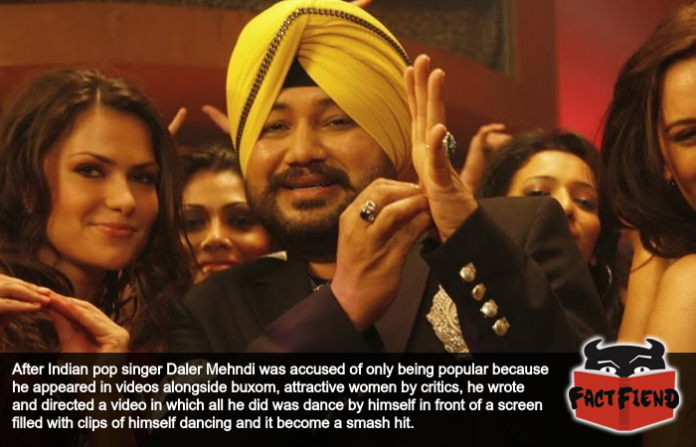 Whilst Delar Mehndi isn’t exactly a household name here in the west, in his native India he’s a bona fide superstar with several dozen albums under his belt and some of the biggest hits the country has ever seen. One of the most notable being one in which he dances alongside computerised versions of himself, as a flex on critics.

To explain, in the late 1990’s Mehndi was enjoying immense success in the industry after a string of hits, most of which he appeared in sporting his now trademark combo of flowing pimp robes, turban and army of buxom ladies performing immaculately synchronised dance moves like they’re in a DDR game. 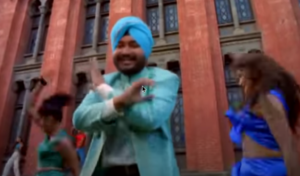 Now for some reason critics really didn’t like the fact that Mehndi filled his music videos with attractive women and repeatedly accused the singer of using them as a crutch. You know, because if there’s one thing we know about music it’s that it’s a medium that relies heavily on visuals.

Anyway, Mehndi was understandably pissed off about this and when the time came to make a video for his song Tunak Tunak Tun, he deliberately made sure that there was only one person present in it. Daler Mehndi.

Amazingly, according to the singer, he actually planned to include a fifth, smaller Delar Mehndi in the video but was unable to do so after they ran out of money. Because oh yeah, in addition to being made purely as a dunk on critics, the video was the most expensive ever made by an Indian pop star at that point, costing the modern equivalent of $1.3 million. Which admittedly doesn’t sound like a lot until you realise that some Indian stars release like a dozen videos a year and that the the video looked like this … 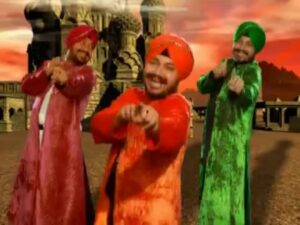 Now chances are that you recognise some elements of this video because it eventually became an internet meme, giving Mehndi some degree of international fame. However, before that the song was a massive hit in India, becoming Mehndi’s biggest hit and no doubt teaching his critics to shut the fuck up. Lest they earn the ire of India’s first Avatar.