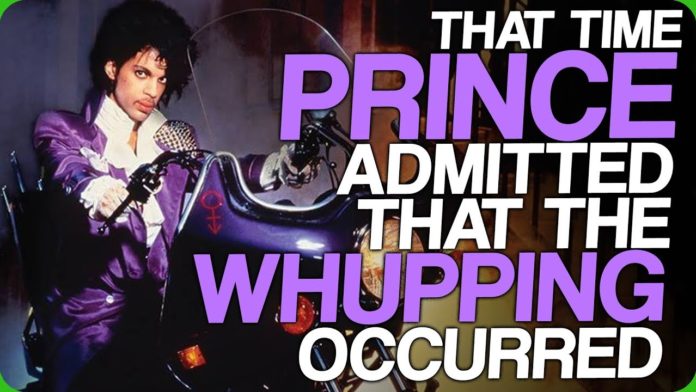 Thanks to now legendary skit by Dave Chappelle when most people think of Prince they think of a man in crushed velvet suit dunking on Eddie Murphy’s brother. An admittedly private person, Prince only ever directly addressed the skit a handful of time throughout his life. Luckily for us, when he did it was fucking hilarious.

A thing we should point out is that although multiple sources including the Purple One himself have confirmed the veracity of the story that he once dunked on Charlie Murphy and then ate pancakes over the years, the details have gotten muddled. For example, in Chappelle’s skit it’s alleged that Prince played basketball that fateful day in a purple velvet suit and 5 inch heels, which isn’t exactly the whole story. You see, according to Prince’s friend, the Purple One swapped out his heels for a pair of tennis shoes.

If you’re currently waiting for us to debunk any other aspects of the story, we can’t because as far as we can tell, every single other aspect of it is completely true. Prince really did beat Charlie Murphy in a game of basketball wearing a velvet suit and then make everyone pancakes meaning you get to continue living in a world where Prince was that awesome. Your welcome 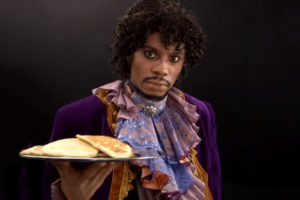 As if the sight of a 5ft 3 inch tall man in a purple-clad man flying through the air to dunk a basketball wasn’t amazing enough, Prince started the game by effortlessly sinking the ball from like 30 feet away when someone incredulously asked if he was really going to play in his suit. Prince, being Prince, didn’t particularly think the whole ordeal was all that interesting and as a result, didn’t bother recounting the story himself to anyone, leaving that to Charlie Murphy with an assist from Dave Chappelle.

Prince didn’t even appear on the show (as had been done with similar skits) to confirm its veracity, leaving many to assume it had been exaggerated in some way. This was until MTV somehow managed to score an interview with Prince and ask him about it, to which the Purple One merely responded “the whupping is true“. Presumably before taking just a huge fucking sip out of a cup that exploded into existence purely to punctuate the level of sass being dropped.

In another rare interview with a radio station, Prince got even more catty, confirming the story as true while metaphorically dunking on Murphy a second time and saying that he only lost because he sucked. A fact friends of Prince were quick to rebuff, arguing that the artist was just being humble and that he was actually an amazing basketball player, even if he didn’t look it.

In regards to the skit itself and in particular Chappelle’s impression of him, Prince reportedly found it hilarious. So much so that he actually used a picture of Chappelle, dressed as him on one of his singles.

Prince never paid Chappelle for the use of his likeness or even bothered to tell him that he was planning on using the picture. A move that left the comedian temporarily stunned, with Chappelle later being quoted as saying:

“What am I going to do — sue him for using a picture of me dressed up like him?”

Proof if it was ever needed that whether he was playing basketball with Charlie Murphy or 4D mind-chess with Dave Chappelle, Prince was always 8 moves ahead.