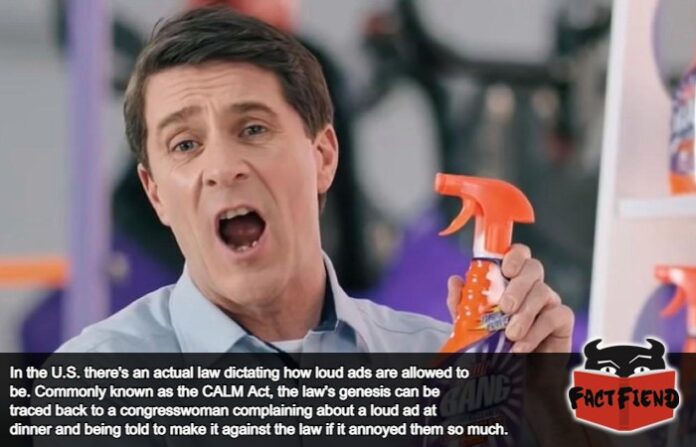 That person was U.S. Representative Anne Eshoo, a career politician with a long and storied career we’re not going to talk about in lieye of talking about how she spent a not insignificant part of her career trying to squeeze the last wheezing breath out of the media juggernaut that is television advertising. 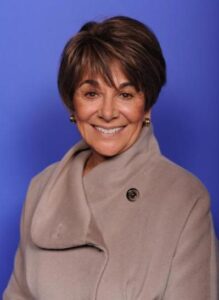 As for how, the story as Eshoo tells it is that she was enjoying a traditional thanksgiving dinner with her family at which a television happened to be on in the background. A common and relatable scenario many reading have either experienced or can imagine. However, the tone of the dinner took a turn when the TV began playing an ad at such an earsplitting volume it interrupted the conversations taking place. Annoyed Eshoo asked her brother in law to turn the television down, to which he smarmily shot back –

Well, you’re the congresswoman. Why don’t you do something about it?

A comment that reportedly put the congresswoman on the back foot when she realised that she didn’t really have an answer for that because, as her brother in law had so sagely pointed out, she literally had the ability to change the law to make annoying, loud-as-fuck ads illegal.

Now for anyone thinking that this all sounds kind of petty, it’s worth pointing out that excessively loud ads are the most common complaint the FCC receives to the point they have an entire section of their website dedicated to dealing with them. As for why ads are so loud, the answers pretty complicated but a simplified version is that TV shows and films generally mix sound to sound somewhat realistic. For example things like a conversation will, for the most part, be mixed to be quieter than something like a gun shot. Further, there’s a hard limit on how loud you’re allowed to make something on television, a limit few shows approach because it makes whatever you’re listening to sound like shit. Because advertisers don’t really give a fuck about that, they just mix the sound of ads to be as loud as legally possible, which is usually many times louder than the shows they’re flanked by.

As you can hopefully tell from that description, whilst there was a law against how loud ads could be, advertisers were taking the piss by following the letter of the law rather than the spirit of it and as such, needed to be reined in. This led to Eshoo drafting the Commercial Advertisement Loudness Mitigation Act, colloquially known as the CALM Act, which basically told advertisers to quite literally, fuck off with that noise.

Amusingly, according to Eshoo passing the legislation was a relatively painless process, in part, because literally every single person she spoke to about it immediately agreed that they fucking hated ads like that and pledged their support for it. Advertisers on the other hand were less impressed and valiantly fought against it, somehow managing to argue themselves a year long grace period to keep ads as loud as they liked and in recent years, slowly ramping up their volume in the hopes everyone has forgotten doing that is illegal and everyone hates it.

Yeah, good luck with that.