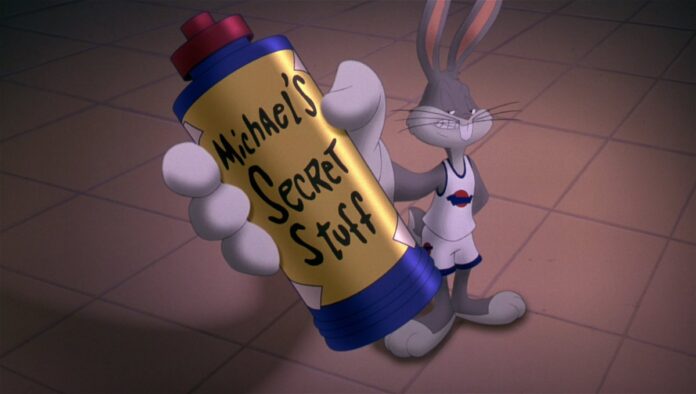 At the height of his career Michael Jordan was so well-known and marketable as an athlete that he reportedly made more money shilling shit with his name on it than he did leaping dozens of feet through the air to dunk on men the size of ladders. Of the many products to bear his name and likeness the most famous are Air Jordans, a shoe the NBA inadvertently made everyone think had magical powers.

You see, there’s an oft repeated story that in the 1980’s Michael Jordan was fined $5000 every time he stepped onto the court wearing his now iconic red and black Air Jordan 1s. Reportedly because the clashed with the color scheme of his team’s uniform but also possible because they thought nobody could handle the sheer amount of swag they exuded. 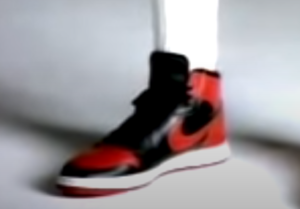 The story continues that Nike, spying a chance for some free publicity, told Michael Jordan to keep wearing the shoes and simply paid the fine for him. A story His Airness himself has confirmed and corroborated over the years, leading to it entering the annals of marketing history as a shrewd and fittingly baller business move. Here’s the thing though, the story is complete and utter bullshit. As in, Jordan never wore the offending shoe in any game as far as people who’ve spent literal years chronicling the history of the brand can tell.

Here’s the thing though, the actual story about what happened is not only more interesting but a way more impressive display of business savvy and acumen from both Jordan and Nike. You see, whilst it is known that Jordan did wear a black and red shoe during his NBA debut and the NBA did fine him for doing so, the shoe wasn’t an Air Jordan, it was a Nike Air Ship customised to look like an Air Jordan because the shoe hadn’t hit stores yet and was still being tweaked. Or to put it another way, Jordan wasn’t playing in a standard pair of Air Jordan 1s, he was playing in a prototype shoe that didn’t exist yet custom-made exclusively for him.

As mentioned, the NBA had no idea about this, they were just pissed off about the color as there was a rule back then that a player’s shoes had to match their respective teams jersey and be, we shit you not, at least 51% white. Leading to the rule being informally known as, fittingly enough, the 51% rule. In fact, the NBA were so annoyed they sent Nike a smarmy letter helpfully informing them about the rule and confirming that a “certain red and black Nike basketball shoe” wouldn’t be worn. A letter the company immediately framed and set about ignoring the absolute shit out of, capitalising on the fact nobody seemed to realise Jordan wasn’t wearing a pair of his own shoes and creating an entire marketing campaign around the fact the NBA didn’t want Jordan wearing them. 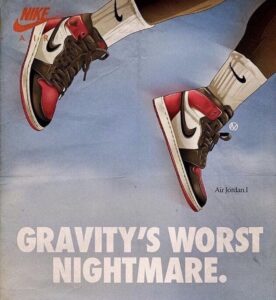 These ads largely focussed on the shoes being banned by the league but never specified exactly why, which led to the public naturally assuming it’s because the shoes gave Jordan an unfair advantage or something. Which sounds kind of ridiculous but lets be real here, if you didn’t know any of this and heard that they shoes were banned because they were the wrong colour you’d think that was bullshit too.

The end result was the NBA basically handing Nike millions in free publicity, which both the company and Jordan immediately took advantage of with the latter very quickly crafting a narrative about the shoe being banned so convincing it’s still reported as fact to this day.