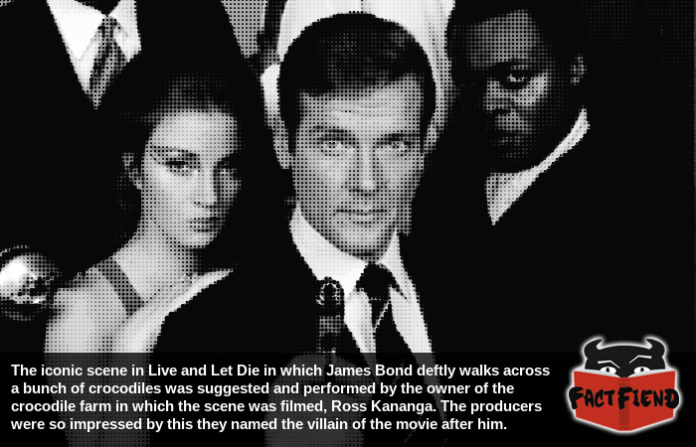 In the wild crocodiles are regarded as apex predators, an impossibly pimp title only bestowed upon animals so deadly nothing in their natural environment poses a threat to them. With that in mind let’s talk about the time a guy kicked five of them in the head in a row wearing shoes made from their own kind.

Now the genesis of this bizarre tale can be traced back to the cocaine-laced haze known in Hollywood as the 1970’s. Specifically the production of Live and Let Die, you know, the one with the terrifying skeleton pimp. 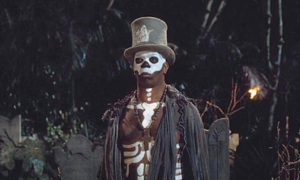 Anyway, while scouting for locations to film in Jamaica, the producers stumbled across a crocodile farm with the following sign outside of it. 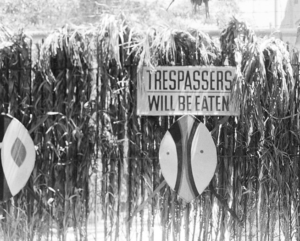 After stopping for a moment to take in how badass it was, they quickly agreed that they had to shoot something there and introduced themselves to owner, Ross Kananga. A larger than life character who explained that he’d inherited the farm and all of its crocodiles from his father, who had unexpectedly died from crocodile related injuries a few years earlier.

However, while producers knew they absolutely had to film something on Kananga’s property, they were kind of stuck for ideas about what to do. That was until Kananga suggested a scene in which James Bond crossed a crocodile infested swamp by deftly walking along the backs of them like they were angry, leathery logs. When the producers asked Kananga if something like that could even be done, he explained that it could, but only by someone called Ross Kananga. 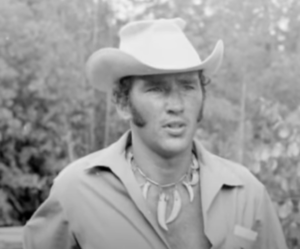 Not that this was necessary considering literally every stuntman working on the movie categorically refused to do the stunt. Why? Well because Kananga insisted that it could be done with live crocodiles, with the only safety precaution being that each of the crocodiles he’d be required to step on were loosely tied in place.

But it gets better though because unbeknownst to Kananga, Roger Moore had suggested that James Bond should wear crocodile skin dress shoes for the scene, several pairs of which had to be specially ordered for Kananga after the first couple were cannibalised by angry crocodiles. You see, Kananga completely fucked up the stunt the first time he attempted it and fell into the water, at which point he was immediately set upon by half a ton of crocodilian fury. 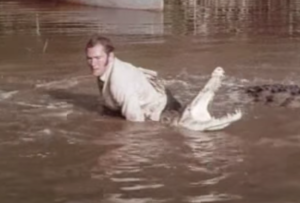 Now if you’re currently thinking that this is the most batshit insane thing you’ve ever heard hold onto your bag labeled bat shit because it’s about to get just a little more full because Kananga didn’t fuck up the stunt once, he fucked it up five times in a row. Each time losing his shoes because, as a bemused Kananga would later note, the crocodiles kept eating them.

Eventually Kananga nailed the stunt, which so impressed the producers they named a fictional voodoo drug lord after him and handed him a cheque for $60,000. Two things we think all people want to happen to them at least once in their life.