As we’ve discussed before, the Guitar Hero series is widely responsible for introducing an entire generation of nerds to the concept of the kick-ass guitar-led rock and metal songs. Arguably one of the most eclectic and fondly remembered song ever featured in the series is Jordan. A bastard hard 5 minute long noodling guitar solo so difficult to finish some versions of the game rewarded you for it. A solo the original artist reportedly ripped in one take whilst wearing a chicken-scented bucket on his head.

First though for anyone wondering what we were alluding to in the intro to this article, the original team behind the first Guitar Hero game saw the series as an opportunity to teach kids unfamiliar with rock and metal about its origins. As a result the developers of the the game filled the it’s setlist with songs that didn’t necessarily fit with the whole guitar aspect of Guitar Hero but were still otherwise deemed important to the history of rock and metal as a whole. In a way acting like rock Sherpas, guiding the young on their path to becoming punks, metalheads and dare we say, nerdy emo kids. Which we’d argue they accomplished because we find it hard to believe that the character of Judy Nails didn’t usher at least a few guys and gals towards to path of rock and roll. 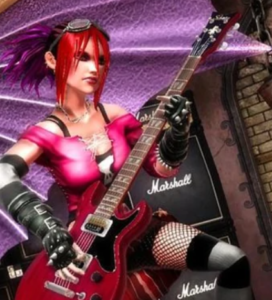 Moving on, one of the most infamous songs to ever appear in the series is one simply titled Jordan, which is so ludicrously difficult to complete that some versions of the game have an achievement just for managing to get through it on the hardest mode. Something that likely has a lot to do with the fact that the artist, Buckethead, is a fan of the series and, according to a longstanding rumour we’re inclined to believe, only agreed to let the developers use one of his songs if they made it the hardest one to complete in the entire game.

Whatever the case, what we do know is that Buckethead was so keen to impress that he specifically recorded a new solo for Jordan (it was previously just a riff he played between other songs) and sent it to the developers with a note simply reading “this is probably the best thing I’ve ever recorded”.

Now this is where things get metal because according to the sound engineer who worked with Buckethead, he walked into the studio after rewriting the song and went right ahead and ripped the entire, several minute long solo to it in one go whilst wearing his trademark chicken hat. Because apparently, Buckethead doesn’t do second takes. 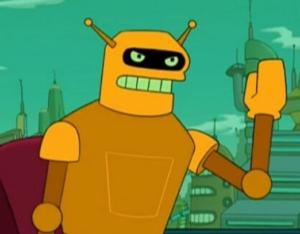 According to the engineer, that one moment was the singular most impressive feat of guitar-playing skill they’d ever seen and he did it all while smelling like 5 week old KFC.