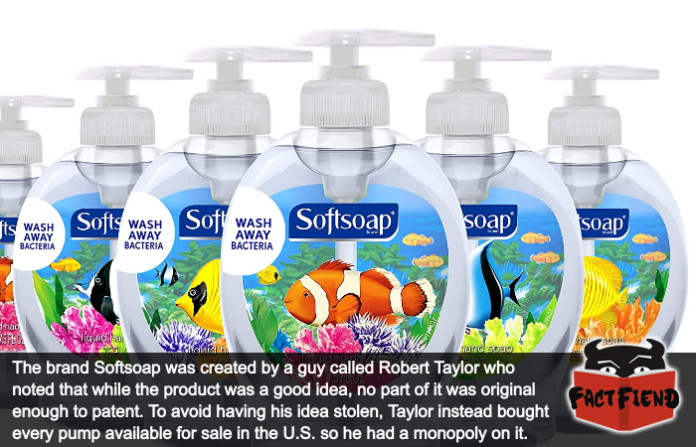 Liquid soap is a fairly ubiquitous product we’d bet our left nut the majority of people reading this have used within the last 24 hours. Curiously, despite being something humans have known how to make for over a century, it only became a staple in people’s homes when a guy called Robert Taylor spent millions of dollars becoming a Pump Lord.

To explain, the idea of liquid soap or soft soap as it sometimes known, goes all the way back to 1865 when a guy figured out that you could create a gloopy soap soup by mixing regular soap with ammonia spirit. Even then, it’s noted in the patent for that very invention that this recipe was for an “improved liquid soap” which kind of suggests that the idea of soap you could drown in is in all likelihood, much older than that. Or at least old enough that we don’t know who invented it.

Anyway, while you’d think, given that this product was invented literally over a century ago, the idea to put it in a bottle and sell it to the public would have happened almost immediately, but weirdly, no company, anywhere ever had that idea. In fact, even when soap companies started putting liquid soap in big-ass dispensers for public shitters and the like, none of them ever thought to make a smaller scale product for use in the home.

This all changed in the early 1980’s when a businessman and soap entrepreneur called Robert Taylor decided to do exactly that. Coming up with the idea to put liquid soap inside of a simple pump bottle and sell it as an alternative to bar soap, which he saw as messy, inefficient and a poor choice for those who wanted fresh smelling hands and balls.

The problem was that while this idea was, evidently, a very good one, no single part of it was something he could patent. As a result, Taylor was worried that the instant any larger company saw what he was doing, they’d copy the idea and push him out of the market. Something that had happened to Taylor like a dozen times previously during his time selling novelty soaps via his company, The Minnetonka Corporation.

Not wanting this to happen Taylor did some research and discovered that almost everything needed to make his soap was easily sourced with the exception of the pumps, which only a single company in the United States, Calmar, made in large enough quantities. A company Taylor called to enquire about how many of the pumps they could produce in a year at full production capacity, when the bemused sales manager responded “about 100 million” Taylor was like, sick, I’ll buy that many please. Leveraging literally every penny his business had in what has since been described as a “bet the company move” by business experts and “ballsy as fuck” by the author of this piece for another website. The latter being a much more apt descriptor in our opinion because because Taylor’s company was actually worth less than the wholesale price of the pumps he ordered meaning for a brief but significant period, the bulk of his companies value was pump.

Moving on, Taylor then spent the majority of his personal fortune, to the tune of about $7 million, on a massive advertising blitz for his new product, dubbed Softsoap. An amount that, for the curious, was what the largest manufacturer of soap in America, Dial, spent on adverting all of their products combined per year at the time. A move business experts were baffled by, right up until Taylor created and the subsequently cornered an entirely new market literally nobody but him, the Pump Baron, could sell to.

As you might expect, big companies quickly tried to make their own competing products to Softsoap but couldn’t when they reached out to Calmar and learned that 100% of their production capacity had been bought up for the next 12 months. Effectively giving Taylor a total and complete monopoly whilst companies with billions in assets had to sit on the sidelines and wait their turn. 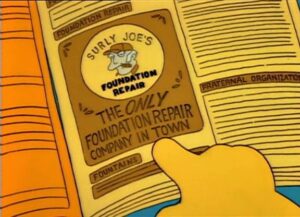 When those companies were able to enter the market Taylor had already established his brand well enough that a frustrated Colgate-Palmolive just up and bought him out for the modern-day equivalent of about $120 million. Not bad for a company that just a year prior was only worth about $8 million, the majority of which was in pumps and wet soap.