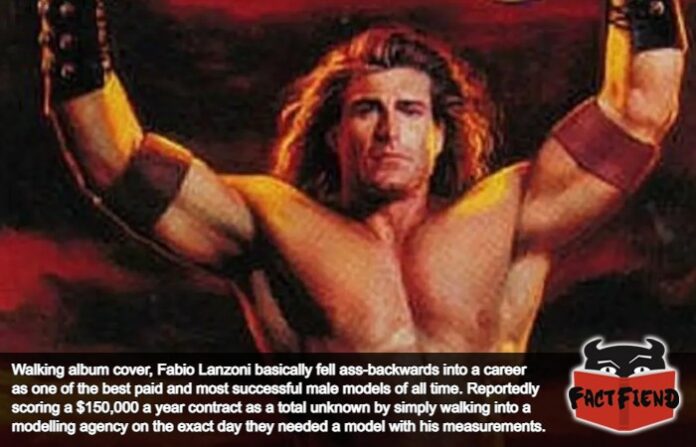 During the 1980’s and 90’s if you were a bored housewife who wanted to imagine getting absolutely railed in an exotic locale by a lonely pirate king or tender, but menacing barbarian. There was only really one man who could help you out, Fabio Lanzoni. A man who stumbled ass-backwards into being one of the most well-paid male models on the planet, in part, due to being so massively, comically wide.

Something we feel compelled to mentioned before continuing is that the intention isn’t to shit on Fabio here. In fact, the man himself has gone on record as saying he hasn’t really worked hard for anything he’s achieved in his life and openly acknowledges that he could have easily been many times more successful than he already is, but didn’t like the idea of working very hard. In short, he’s now the unofficial mascot of this site. 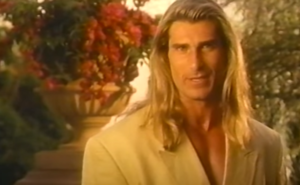 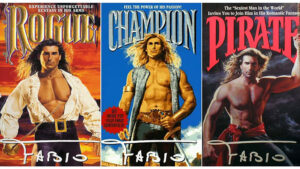 As it turns out, Fabio literally walked into what might be the most weirdly specific kind of work we’ve ever covered on the channel. Reportedly getting his first professional modelling gig by simply walking into the Ford Modelling Agency and asking for a job. A job he landed because they coincidentally needed a giant man with his exact measurements at that specific moment, a fact Fabio was able to use to his advantage and negotiate a $150,000 contract. As if that wasn’t impressive enough, it’s worth noting that Fabio did all this in just 15 minutes and he turned up that day without an appointment. Note, this normally isn’t how business works unless you’re large enough to dunk someone like a basketball.

So where do book covers come into this? Well Fabio’s trademark blend of piercing, soulful eyes, towering frame and chest wider than a car door made him immensely popular with photographers working for publishing houses. In part, because he really looked the part when dressed as a sexy and above all, fuckable barbarian. So much so that even Nintendo got in on it. 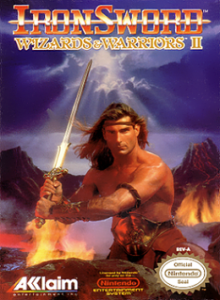 Something those publishing houses quickly learned though is that women really liked Fabio to the point any cover on which he was featured would sell like 60% more copies. The actual content of the novel didn’t matter, if Fabio was on the cover, it would sell. A fact they initially tried to hide from the model so that they didn’t have to pay him more until an agent drunkenly let this fact slip to the model during a party. A mistake that would come to cost the company millions in lost revenue when Fabio decided to just start “writing” his own novels about how good he is at fucking housewives and selling them alongside exclusive centrefolds of him in various states of undress.

Amazingly, prior to this, Fabio had no idea he was that famous, only really learning about how much women were obsessing over him when a woman at a nightclub commented that he really looked like the guy on the front of her favourite trashy novel and proceeded to then show him the book in the middle of the club. Even then, he wasn’t aware that his mere presence on a book could nearly double how many copies it could be expected to sell until that agent told him.

To Fabio’s credit, upon learning this he immediately sold the fuck out, made his millions and now lives in a giant mansion where he spends the majority of his time riding dirt bikes and literally sleeping in an oxygen tent that he believes gives him sexual powers. 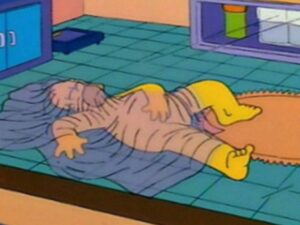