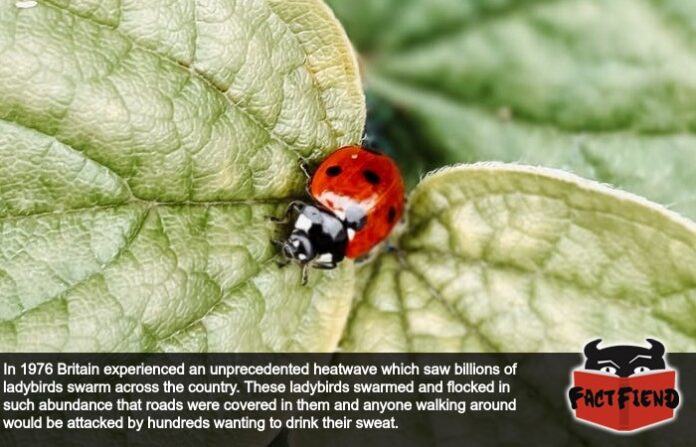 The Coccinellidae, better known by one of its several adorable nicknames such as the ladybird or ladybug is a small beetle that is usually seen chilling in people’s gardens sporting a kickass red and black overcoat and chomping on some aphids. A rare exception to this was in 1976 when about a ravenous hoard of about 20 billion of the insect descended on Britain intent on shitting up everyone’s summer.

A bizarre side-effect of an unprecedented heatwave that hit mainland Europe in 1976, the 20 billion strong loveliness of ladybirds (yes, that’s the actual term) caused the people of Britain endless irritation by virtue of being so numerous. The specifics of which we’ll get to in a moment but before that it’s probably worth mentioning how Britain ended being beseiged by billions of tiny ravenous insects. 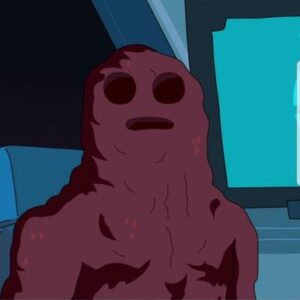 Now while the unextraordinaryly warm summer is noted as having contributed to the mass of hungry, hungry ladybugs that attacked Britain, it was an unseasonably warm winter immediately preceding that set the metaphorical wheels of this giant fuck off ladybug shaped car in motion. This, combined with an abundance of the ladybird’s favourite snack, aphids, caused the population of the insect to skyrocket.

Ironically while the heatwave was responsibly for an initial surfeit of ladybugs, the resulting drought it caused, caused an equally as dramatic reduction in numbers. So many in fact that pavements across the country were covered in an inch thick layer of dead ladybirds like a crunchy, beetle-themed carpet and pools were impossible to swim in due to the sheer number of dead insects coating their surface.

If that sounds bad, it gets worse because the several billion ladybirds that were left that had no suddenly found themselves without sufficient food or water began swarming across the country in clouds of millions in search of nourishment. Nourishment they found in peoples eyes.

Specifically, the bugs were reported to have attempted to secure water by feeding on people’s blood, sweat and tears, swarming at their eyes and mouths whenever they went outside. It gets worse though because the real victim were the countless ice creams the people of Britain bought themselves to try and cope with the heat which were attacked instantly by swathes of ladybirds hoping to get to the sweet, sweet sugar within.

Something that we imagine made the roads being covered in layers of dead ladybirds 3 inches deep a little easier to deal with.