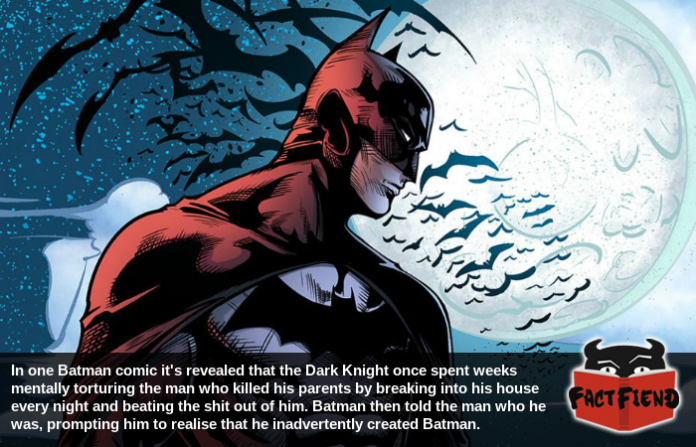 Batman is a comic hero defined by his unending obsession punishing criminals with gadget assisted elbow drops from the shadows. According to one comic in particular the criminal who arguably got it worse from Batman is Joe Chill. The guy who shot his parents.

First though, a disclaimer, thanks to DC shitting all over it’s own universe with constant reboots and retcons, this story isn’t canon anymore. Hell, even when the story was first released it’s canon wasn’t clear because the entire thing is revealed to be a drug-induced hallucination that occurs while someone is shocking Batman’s nips into oblivion. 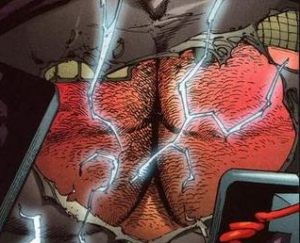 Now for anyone unfamiliar with how Batman came to spend the majority of his time beating the living shit out of criminals with his bare hands, most versions of his origin story say it’s all because of a dickhead called Joe Chill. A simple petty mugger in some stories and a mid-level crime boss in others, Chill is the guy who shot both of Batman’s parents in cold blood, in effect, setting him on the path to become a guy who thinks dressing like this is an effective way to deal with grief. 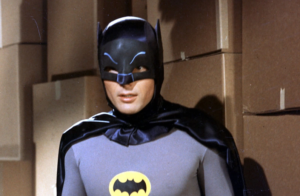 In some comics Batman never learns who Chill is and in others he even forms an uneasy alliance with him, however in the story Joe Chill in Hell the Caped Crusader opts for a different tactic. Mainly sneaking into his house every single night and beating the living shit out of him for, in Chill’s mind, no particular reason.

Chill understandably becomes annoyed about the fact Batman is breaking into his house every single night and punching him in the dick and begins positioning guards around his house. Guards Batman effortlessly slips past to continue his nightly ritual of turning Chill’s world to punch until he’s a paranoid wreck. 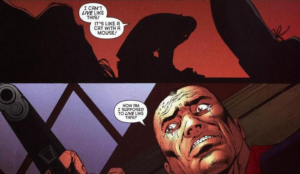 Once he’s confident that Chill is suitably terrified Batman then breaks into his house one final time and hands him the gun he used to shoot his parents, informing him that there’s a single bullet left in it. When Chill asks why in the hell Batman has the gun he used to Kill Thomas and Martha Wayne, the Dark Knight simply stands like a badass until Chill realises that he’s the kid he left alive all those years ago. That he’s Bruce Wayne.

It’s then revealed that this was Batman’s plan all along and he wishes Chill a good night before disappearing out of the window like a fart in a tornado as Chill sits their contemplating what the criminals of Gotham will do to him when they realise he’s responsible for fucking Batman. The comic ends with a loud bang, suggesting that Chill shot himself in the face with the gun.

Amazingly, this isn’t the only comic where Batman does this, because in another where he basically becomes omnipotent and basically becomes Bat-God, he uses the infinite power of cosmos to appear inside his room on a floating space-throne to freak him the fuck out. 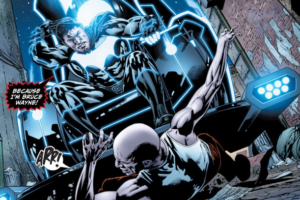 Chill similarly freaks the fuck out upon realising that he inadvertently created the criminal-deleting master of ninjitsu who has been punching criminals half to death for the past three decades. Something he quickly realised would result in him being brutally murdered by Gotham’s criminal underworld if they ever found out, meaning he has to live with the knowledge of who Batman is knowing at any time he could use his vast, near-endless resources to murder the fuck out of him without warning. Which, well, seems like a bit of dick move but then again, Chill did kill Batman’s parents.