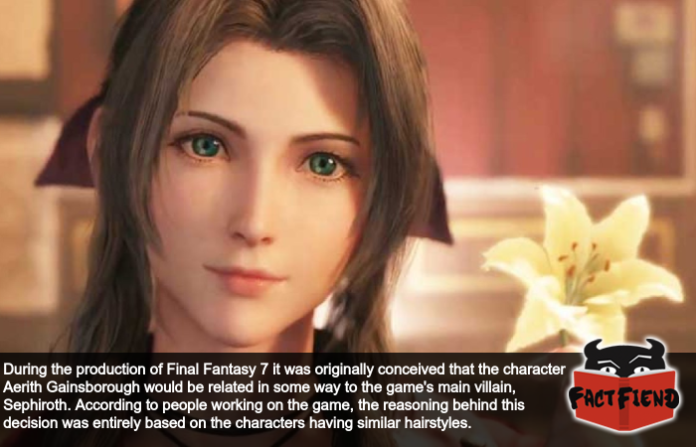 Final Fantasy 7 is a game about a crystal-powered mercenary teaming up with a ragtag group of eco-terrorists on their mission to save the world from a silver-haired super-soldier capable of detonating an entire star as a flex. A character that was very nearly revealed as being related to a member of your party purely because they had the similar hairstyles.

That character is Sephiroth, the most feared and skilled alumni of hyper-elite fighting force known as SOLDIER that is made up near exclusively of very fuckable men with piercing blue eyes and big swords.

As we’ve discussed before the character’s now iconic silver mane is one of their most defining features both in and out of universe, with one game going as far as to note that the company Sephiroth works for provide him with specially formulated, ultra advanced future-shampoo created by their top scientists because his looking good is deemed that important to company morale.

Anyway, the same is true of several other character in the game, including protagonist Cloud Strife whose stylish if comically impractical coif of rigid golden spikes has become one of the most recognisable dos in all of gaming. 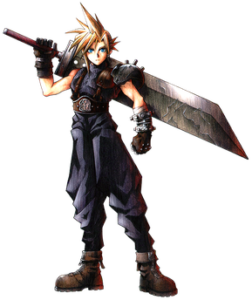 Now while admittedly all kind of unrealistic, the appearance of each character and in particular the dramatic differences in their chosen hairstyle, does have a thematic reasoning behind it. For example, Cloud’s spiky crown of perfectly primed follicles is said to represent his thorny personality whilst Sephiroth’s slicked back power-metal mane is indicative of his calmer, more collected nature. Also, they look rad as fuck.

Similarly, according to Tetsuya Nomura, Cloud’s big-ass coif of hair was supposed to make him visually standout as the game’s main character and make him easily identifiable at a glance. Likewise it’s recorded that giving each and every character a distinct and exaggerated hairstyle was an easy way to make each of them stand out even with the limited processing power of the Playstation 1. Essentially, by giving character a thing that make them stand out they could cut corners elsewhere. 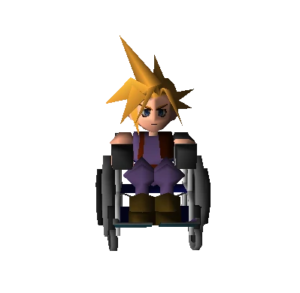 The problem with this is that there’s only so many ways you can design a character to have a comically exeagerated hairstyle, which is how Sephiroth almost ended u being related to one of the game’s most popular characters. Aerith Gainsborough. To explain, it was decided early on in development to perhaps make the two character related purely because they shared the same giant fuck off fringe. 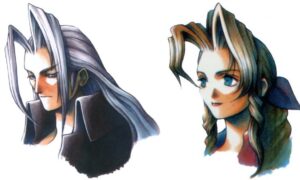 In fact, the idea was, for several months early in development, to have the characters be brother and sister. An idea that was scrapped in favour of perhaps making them former lovers, a move known in the industry as a reverse-Lucas. 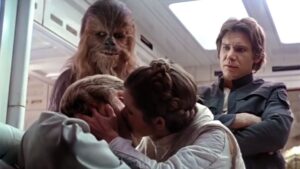 Again, all because the characters had the same hairstyle. Eventually this idea was nixed in favour of just, not doing that and making the two characters have no prior established relationship whatsoever, which only served to make the moment Sephiroth stab Aerith in the chest all the more surprising. An over 20 year old spoiler we guarantee you someone is mad about in the comments.