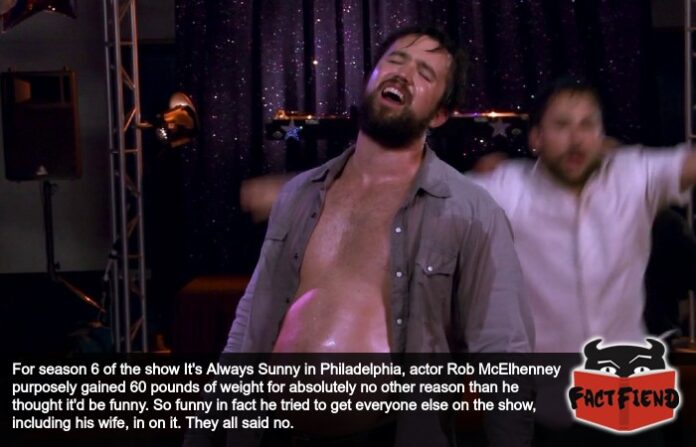 It’s Always Sunny in Philadelphia is the conceptual inverse to The Big Bang Theory in that it’s a sitcom that has been consistently lauded for being on the bleeding edge of comedy, helping push it forward and grow as both a genre and an art form. It’s also a show where a member of the principal cast got a third larger almost entirely because they thought it’d be funny and to dunk on other, shittier shows.

To explain for anyone unfamiliar with the show, between it’s 6th and 7th seasons actor Rob McElhenney went from looking reasonable svelte and sort of fuckable in the 6th season … 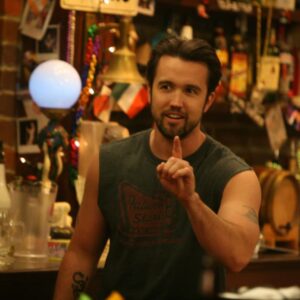 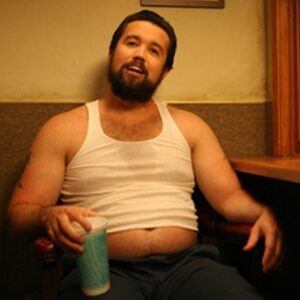 A pretty dramatic change that the show didn’t elaborate on for 10 whole episodes and even then, didn’t do so in the most satisfying fashion. Not that this mattered because the only reason McElhenney gained the weight was as a fuck you to other similarly long-running sitcoms which he dislikes due to the characters on them, in his own words –

Getting better looking in later seasons.

A trend he decided to buck by purposely gaining 60 pounds of ass in just a few months and deliberately making himself look like shit in almost every episode. 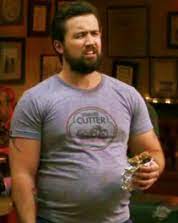 As for how McElhenney gained the weight, he initially tried to do it healthily, or at least as healthily as it’s possible to pack on a third of your body weight in like 5 months, eating 4 whole ass, nutritionally balanced meals a day. According to McElhenney though he got sick of doing that when he realised that he could just eat like 2 Big Macs and down a pint of ice cream per day instead. Something he tried to use to convince he co-stars, which included his own wife, to get in on the joke and also cultivate large amounts of ass mass. For some reason, all of them turned down the opportunity.

The same is true of a few seasons later when McElhenney got super ripped, again just to see what new dimensions it would add to the show and his character. A decision we feel that his wife and co-star was probably more enthused about for about 6 different reasons. 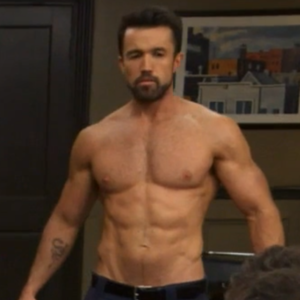