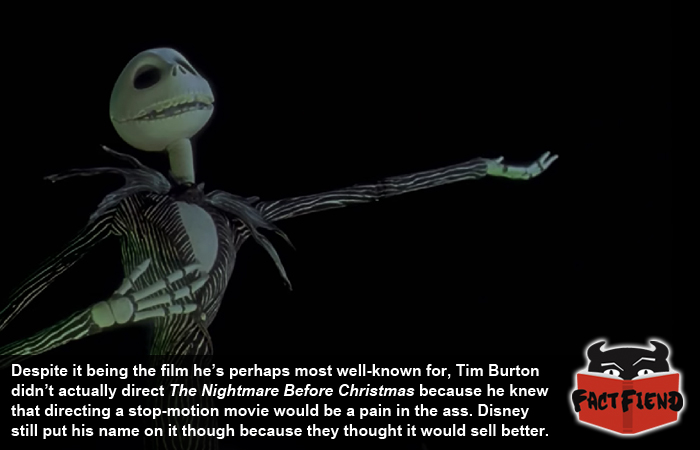 As we’ve mentioned before, Wednesday’s fact will no longer feature an accompanying article because we watched that episode of Futurama with the 80’s guy and decided to shift some paradigms and revolutionise outside the box, which is code for, we’re setting aside Wednesdays for tidying up some of the older articles on this site. Don’t worry though, because today’s fact doesn’t need an accompanying article, just a sentence explaining that yes, Tim Burton intentionally took a more passive, producer role when it came to The Nightmare Before Christmas purely because he didn’t want to deal with stop-motion every day for 3 years. However, Disney still used Burton’s name when they released the film because why wouldn’t they, everyone still loved Tim Burton in the 90’s.