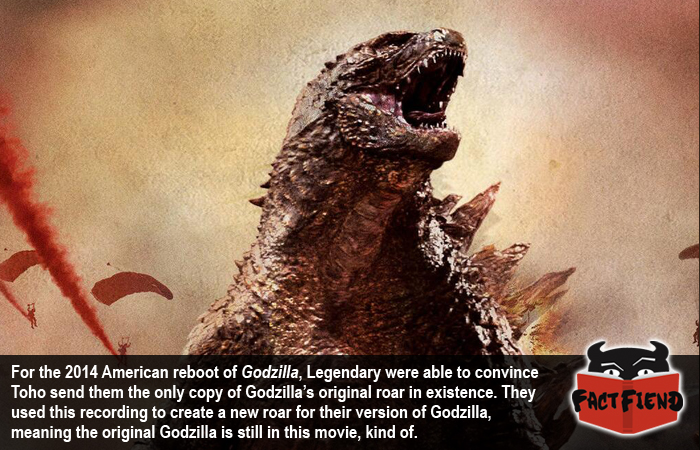 Yes we’re still talking about Godzilla, because the G train doesn’t have brakes. Today we’re here to talk about how there’s only one copy of the original Godzilla roar.

The roar belonging to the OG Godzilla from the 50’s is easily one of the most iconic noises in all of movie history, only being trumped by universally recognised noises like the Wilhelm scream, Darth Vader’s cough and the sound Jaws makes when he farts.

Now originally the people behind the 1954 Godzilla movie toyed with the idea of using a combination of various animals cries mixed together for Godzilla’s roar, however, no combination of animals cries seemed right. Simply put, even combining the noise made by a chorus of bears being attacked by a flock of lions and mixing it in with a future Iron Maiden concert didn’t make a noise that properly conveyed how awe-inspiring Godzilla was.

After countless tries at creating something interesting, the task of creating a distinctive cry for Godzilla was handed off to one, Akira Ifukube, who created the now legendary cry by rubbing a leather glove along the strings of a bass guitar. Yes, that awesome, spine-chilling noise that has been reproduced countless times in hundreds of forms of media was produced by a guy bitch-slapping a bass guitar.

Regardless of how it was created, the cry has since taken on a life of its own and it is now literally one of the most recognisable sounds in cinema history. Which is doubly impressive when you realise that their is only one copy of the original recording in existence.

As you may or may not know, every time you copy something you invariably cause it to degrade ever so slightly, so even if they managed to produce a high quality copy of the G Man’s roar from this original recording, it would never be as good by definition. So as you can imagine, Toho (the people who own the rights to the character) are very careful with what they do with the only surviving recording of it. Of course you could always say that they could just record the roar again, but let’s be honest here, people would know and they’d never stop complaining about it.

Which is what makes Toho’s decision to send Legendary the only copy of the roar so amazing, they literally sent Legendary a piece of the original Godzilla and let them use it while creating their version of the character. So now every time this new version of Godzilla roars, he’s technically roaring just like his granddaddy! Awwww!

As if that wasn’t cool enough on it’s own, the crew apparently constructed a several thousand watt speaker system and played it at max volume just so they could experience a Godzilla roar, for real. We’ll be honest, if that was an experience you could pay for, we’d have sent these guys our wallets when they first started making this movie. 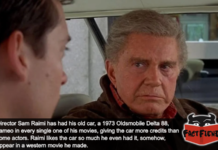