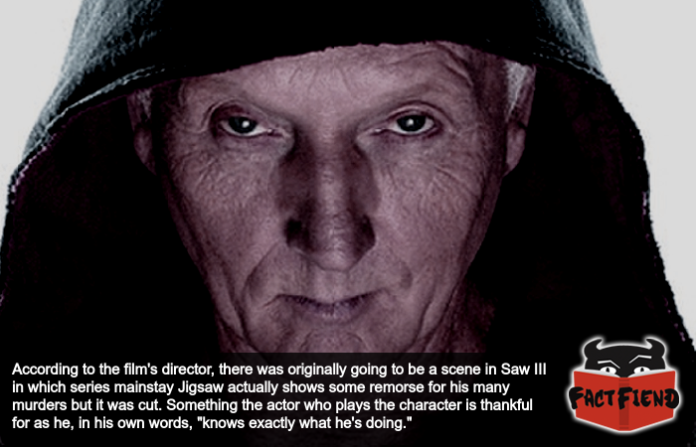 In the Saw series John Kramer or Jigsaw is a massive bellend who acts as a self-appointed arbiter of human morality by putting people into situations where they’re forced to horribly mutilate themselves to prove that they enjoy being alive. Despite being directly and indirectly responsible for countless ruined lives, the films have repeatedly tried to paint Jigsaw as a sympathetic figure so poorly that the guy who plays him has applauded the removal of a scene showing that he regrets his actions.

Now while admittedly the Saw franchise is a complete chronological clusterfuck as far as the narrative goes, a short version of Jigsaw’s backstory is that after being kicked in balls by life one too many times, he tried to kill himself by driving off a cliff and somehow survived. An experience that gave him a newfound appreciation for life and inspired him to similarly “test” others by forcing them to undergo an equally traumatic event. Like potentially having their head ripped apart by a rusty beartrap.

Something worth pointing out about the Saw franchise is that while Jigsaw is a central, pivotal figure in the series’ mythos, the character has surprisingly little direct input on a lot of events that occur with Jigsaw literally being dead for more films in the series than he’s alive for. This said, Jigsaw is the inspiration for multiple copycats who kill and mutilate scores of people in his name, which anyway you look at it makes him at least a little bit culpable and also a huge dickhead. 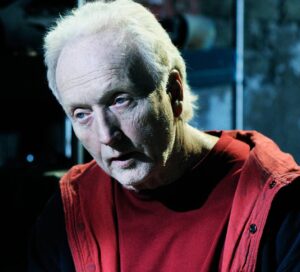 A sentiment some of the filmmakers behind the Saw films disagree with, with at least one Saw movie director describing Jigsaw as more of a vigilante than a serial killer. Specifically in an interview with IGN, the director of Saw III – Darren Lynn Bousman – argued that it’s unfair to describe Jigsaw as a villain because never lies to his victims and all of them have a chance to escape the situations he places them in. Even though later films show that he rigs traps in such a way that escape is virtually impossible, seemingly just to be a dick.

For example in the first film Jigsaw traps a guy in a room filled with razor wire as punishment for trying to kill himself. With Jigsaw arguing that the test was simply conducted to reinforce and reaffirm the guy’s will to live and insisting that he could have escaped if he just tried hard enough. An argument that kind of falls apart when you see that the guy’s reaction was to the trap was to try and bodycheck his way through 10 cubic feet of barbed wire dick-first. A response that kind of suggests the guy really wanted to live. Also it’s worth noting that a later film reveals that the guy was actually Jigsaw’s ex-wife’s ex-husband making it seem Jigsaw just wanted to kill his ex-wife’s ex.

Anyway, Bousman has also tried to argue that Jigsaw never technically killed anyone, smugly telling fans who point to literally inescapable traps as proof Jigsaw is a serial killer by noting that those traps weren’t made by Jigsaw. Just people under his direct tutelage using resources provided by him. Which is, different? 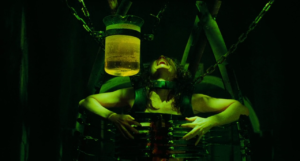 In fact, there was originally a plan to include a scene in the third Saw movie where Jigsaw shows actual, genuine regret for his actions. With Bousman noting that the scene would have showed Jigsaw crying upon realising that people are probably going to remember the guy who horribly mutilated people who personally wronged him as a bad guy and not someone who wanted to help people.

A scene that was cut, much to the relief of Tobin Bell, aka, the guy who plays Jigsaw who has expressed in multiple interviews that Jigsaw absolutely, 100% knows what he’s doing. In particular, Bell has noted that he’s glad the scene was cut because the character is so cocksure of himself that it wouldn’t make sense for him to show regret of any kind. Hell, Bell went as far to argue against including a scene of Jigsaw being surprised about a trap going wrong because Jigsaw is so sure of himself and him having to redesign a trap would be lame. An argument that turned meta when the prop of the trap didn’t work as intended resulting in them having to redesign it, which as Bell expected, was lame.