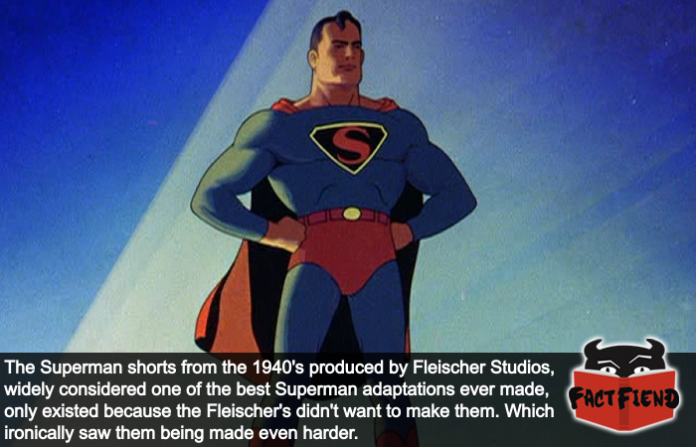 The Fleischer Studios Superman shorts from the 1940’s are widely considered the best pieces of Superman media ever created. Iconic from a visual standpoint and absolutely revolutionary from a technical one, the Fleischer shorts have defined what Superman is for almost a century now. Which is kinda amazing when you consider nobody wanted to make them.

Bankrolled by Paramount Studios in 1941, the company’s plan was to task its in-house animation team, the aforementioned Fleischer Studios, with making Superman shorts to put at the start of movies nobody would want to watch otherwise. A trend we kinda want to come back because sometimes you just want to see a 5 minute short of Superman punching a train or flexin’ on Zeus. 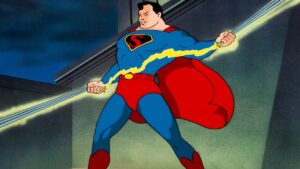 The problem was Fleischer didn’t want to, in part, as a fuck you to Paramount who’d screwed the company over when it came to the release of their animated feature Gulliver’s Travels. In short, despite the film turning a tidy profit for Paramount, the studio decided to fine Fleischer $350,000 for going over budget and then refuse to share any of the film’s foreign box office with them.

For some inexplicable reason Fleischer weren’t exactly enthused to put in a shit ton of a work on a Superman show they knew Paramount were just going to take all of the profit and probably dip their nuts in their morning coffee for good measure. So, just to be dicks, Fleischer quoted Paramount $100,000 an episode. The modern equivalent of about $2 million per episode, or about as much as it costs to make a mid-season episode of Game of Thrones or the CGI budget for 4 seasons of The Flash. 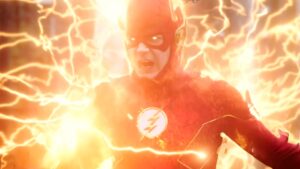 To Fleischer’s surprise Paramount didn’t outright reject the offer, but countered with an offer of $50,000 for a premier and $30,000 for each subsequent short. Twice (or perhaps triple depending on which source you consult) what they’d be paid for a Popeye short. Which they also made and are all, from an animation perspective, rad as fuck.

With Paramount offering to double their usual pay, Fleischer had no choice but to agree to make the shorts and to make them really fucking well. Putting a frankly heroic amount of effort into virtually every aspect of production to the point the shorts still hold up today. So much so, even critically acclaimed Superman adaptations like Superman: The Animated Series reportedly spent months trying to find a style that wouldn’t see them being compared to the Fleischer shorts because they knew that shit is more untouchable than the Man of Tomorrow himself.