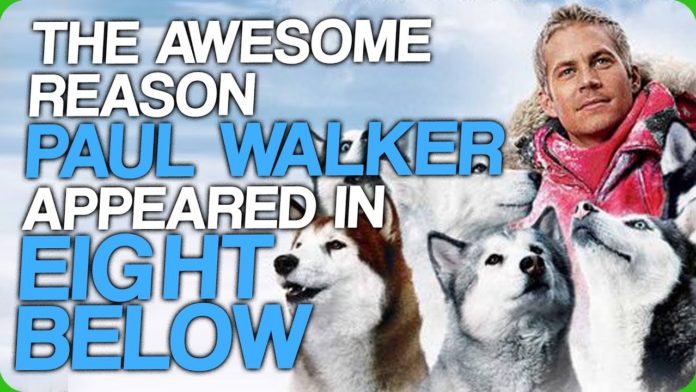 With the recent release of Furious 7, we now live in a post Paul Walker movie world, so we thought we’d share one of the more adorable stories from Walker’s filmography, more specifically the brilliant reason he decided to appear in Eight Below, a movie about a man who who goes to Antarctica to save a bunch of dogs who’d previously saved his life to pay back the life debt he clearly owed to them.

As noted in the image above, the only reason that Walker appeared in Eight Below is because his own mother complained about the fact he never appeared in “nice” movies that his daughter, nieces and nephews could go watch without them being exposed to a ridiculously buff former wrestler in a t-shirt tighter than Robocop’s handshake.

Walker agreed and promised his mother that he would keep his eye out for a role that was more family orientated, or failing that, petition to have The Rock wear a parka in the next Fast & Furious movie. According to Walker, exactly 2 weeks after this conversation, he was contacted by someone at Disney offering him a role in their new movie, Eight Below. Why this random Disney representative thought that a man best known for playing a an undercover police officer who communicates mostly through burnouts and handbrake turns was suitable for the role isn’t known, but we’re guessing that they had a crisp 20 from Walker’s mother tucked in their pocket when they made that call.

Initially though, Walker wasn’t overly keen about appearing in the movie because he figured that it was just going to be a rip-off of Snow Dog, and to quote the man himself “F**k, I didnt want to go make Snow Dogs. I’ve already seen that.”  To be fair to Walker, this was a legitimate worry because both movies pretty much ended up having the exact same poster, hell, they even starred half the same fucking dogs. 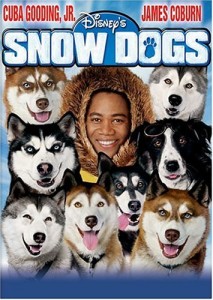 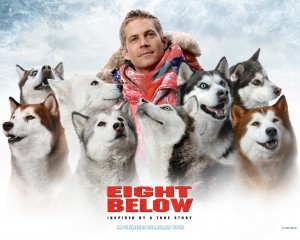 However, when Walker actually read the film’s script and realised was far more drama driven than the piece of shit that was, Snow Dogs, he agreed to star in it, because it would get him “off the hook”, that’s a direct quote from Walker by the way. He literally accepted a role in the movie so that his mum would stop yelling at him.

Boy, we bet she was mad pissed when all of his nieces and nephews burst into tears at the really sad part in the movie where Paul Walker has to leave his dogs behind to go race cars in Tokyo. *

*Note: this doesn’t actually happen. But the movie does have a really sad scene in it, you should definitely go watch it if you have a chance.