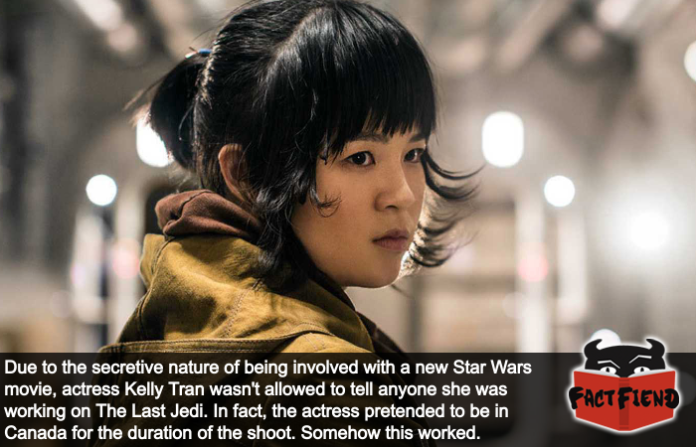 The monolithic mega-corporation known as Disney has a well-earned reputation for secrecy and is fiercely protective of well, everything it owns. So much so that actors working on its movies quite literally disappear from the public eye for months to the point even their own families have no idea where they are. As was the case with Kelly Marie Tran.

Best known for playing Rose Tico in The Last Jedi and its sequel The Rise of Skywalker, Tran was reportedly on the verge of quitting acting entirely prior to auditioning for the role. Hell, according to her she’d never even seen a Star Wars movie, with Tran being cast almost soley based on her genuine enthusiasm for nerdy shit and chemistry with John Boyega. The latter being hilarious in retrospect given how hard they tried to shit-can her character in the film’s sequel. 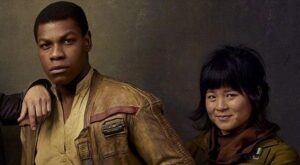 In regards to that last part, it cannot be understated how much Tran got shafted behind the scenes in an apparent attempt to placate weird men online. The most egregious example probably being the fact the character was intentionally edited out of merchandise, artwork and memorabilia for seemingly no other reason than Fuck Kelly Tran apparently.

Ironically enough, Tran was also a persona non grata while making The Last Jedi in the sense she was contractually obligated by Disney to not tell anyone what she was doing or where she was. Like she’d been kidnapped or some shit.

That comparison isn’t one we make likely by the way because Tran was basically forced to maintain the ruse, telling friends and family she was working on an indie movie in the Canadian wilderness and they she had little to no internet access. To sell her family on this, Tran reportedly sent them photos of Canada she found on Google and during a rare break from filming, flew back to visit with a bunch of maple syrup she bought online. We imagine at some point she also had to take photos of herself holding a Canadian newspaper with that day’s date on it. A newspaper we’ll bet was soaked in some of that sweet, sweet maple syrup.

If you’re currently thinking that, that doesn’t sound that bad, it’s also reported that when filming wrapped Tran actually did disappear off the face of the Earth for a few months, travelling to South Africa to live on an animal reserve with no electricity, running water and most importantly, internet access. Her reasoning being that it’d probably be the last time she’d ever be able to walk around without everyone knowing who she was or giving her shit for ruining Star Wars for having the audacity to be a woman in a leading role in a movie about laser sword wielding samurai monks.

But just to sum up, Tran effectively disappeared and didn’t speak to her family for about a year because she was working on a fucking Star Wars movie and nobody anywhere thinks that maybe, just maybe, that’s a little bit excessive for a 7/10 movie about dickish space wizards.