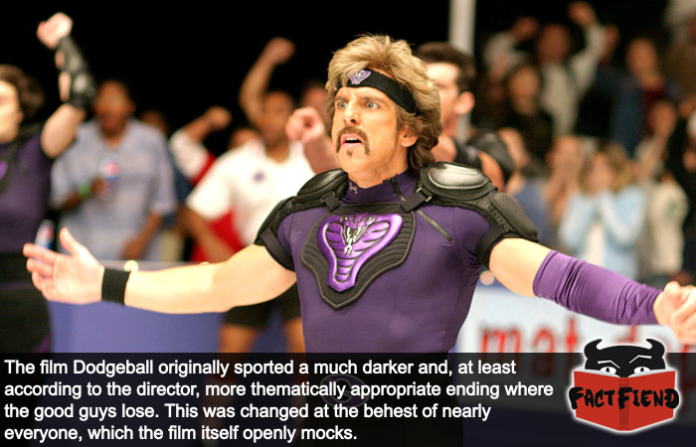 To explain, like many comedy films Dodgeball ends with a confluence of good fortune befalling the film’s cast of wacky and eccentric characters. Specifically, the movie ends with Vince Vaughn’s character, Peter LaFleur inexplicably winning a 50/1 bet that nets him enough money to buy out the guy trying to buy out his company. A guy we feel compelled to mention is played by Ben Stiller who spends most of his time horizontal while tossing a dodge-ball at half the speed of sound. 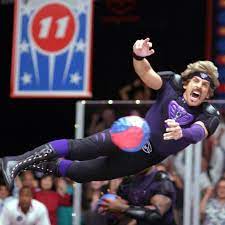 Anyway, something many viewers likely missed is that the ending was absolutely intended as a fuck you to audiences who expect everything to just, work out for characters like LaFleur just because they’re likeable because sometimes, the bad guy is just better than you. 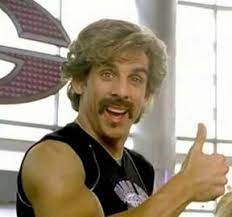 How can we be so sure about this you ponder, presumably while scrolling on Amazon to see if it’s possible to buy a pair of sweet purple armour pants like Ben Stiller’s character? Well for starters the winnings Vaughn’s character receives quite literally has the words Deus Ex Machina right there on it. Deus Ex Machina for those who don’t know being Latin for “pulled right out of the writer’s arse.” 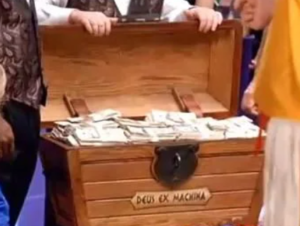 As if that wasn’t obvious enough, the film’s mid-credit scene is Stiller’s character mocking the very idea of the film having a happy ending with them saying, direct to camera “I hope you’re all happy now!” A line that was supposedly inserted as a swipe at test audiences who fucking hated the film’s original ending which was far darker and more abrupt.

You see, the film originally ended with Stiller’s character living out many-a-person’s dream by nailing Vince Vaughn in the face with a dodge ball before celebrating like a complete jackass. As Stiller and his cohorts jump up and down in slow motion and Vaughn’s rag-tag group of lovable losers commiserates as the fact they’ve lost everything dawns on them, the film then abruptly cuts to credits.

While admittedly darker, this ending does kinda fit better with the film’s tone and title since the film is subtitled “a true underdog story” and what’s more true to life than the underdog losing horribly to the clearly superior team of people who are vastly more skilled and motivated than they are? 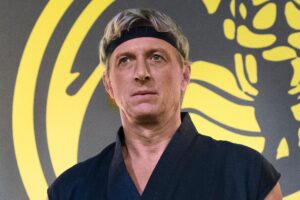 The problem is, while the director has gone on record as saying that this is their preferred ending literally everyone else hated it and as a result, they were forced to change it. A request that, if rumours are to be believed, resulted in them creating the most convoluted chain of events possible to result in the good guys winning purely as a fuck you to everyone invested in the story. Which is why the film’s theatrical ending has none other than Chuck Norris stepping in to “fix” everything. 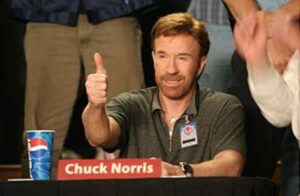 Or at least that’s according to one version of events because it’s actually not clear if this is the case as some sources suggest that the film was never meant to end that way and that the director simply intended it as a joke. A claim that is sort of countered by the fact the director is also said to have walked off set for a week when they were asked to change the ending. Meaning we really don’t have a clear idea of what went on, just that either way. It’s very, very funny.

As an aside, this isn’t even the only film starring Ben Stiller where this happened, with Stiller once noting that the original ending for Zoolander involved Derek Zoolander trying to use Blue Steel to stop a train and being killed. So maybe it is true or maybe movies starring Ben Stiller are cursed to originally end in the most wildly unsatisfying manner possible. Who knows?