The costume worn by professional Playboy Bunnies is arguably amongst the most eminently recognisable outfits ever designed, so much so that it is famously the first non-military uniform to be trademarked in the United States. With this in mind, it’s a little weird to think that Hugh Hefner himself didn’t really want women working in his clubs to wear it.

While this may sound a little strange when you consider how iconic the outfit is today and the fact it was literally designed to maximise any woman’s assets and turn them into a man-slaying god-queen. To explain, the look of the uniform is largely credited to pioneering fashion designer, Zelda Wynn Valdes, a woman who was famous for her daring, figure hugging dresses. The majority of which were custom-made and specifically designed to complement and accentuate the wearers figure. Valdes’ talent for this was so keen that she could reportedly tell a woman’s measurements from sight alone and was capable of designing an outfit to flatter them entirely in her mind.

In regards to the Playboy Bunny outfit, Valdes similarly designed the outfit to be paradoxically emphasise a given woman’s natural assets while also implying a sense of uniformity. Something Valdes accomplished by designing the outfit in such a way that it could be customised to fit near enough woman but it would look like they all had roughly the same measurements and figure. How? Well, to put it simply, by making it incredibly tight, but in such a way that it would push a woman’s breasts up whilst cinching her waist.

Which doesn’t sound that ingenious until you realise that the outfit was designed to only fit two cup sizes, 34D and 36D but was so form fitting that women could stuff the outfit without it being noticeable. At all. Something that was only possible because of Valdes’ commanding knowledge of how to best accentuate the female form and allowed pretty much any woman to wear it and look fucking fierce. Additionally, prospective Playboy Bunnies were trained to perform a number of moves when serving drinks and whatnot that were similarly designed to highlight areas such as the bust, hips and butt, even if they woman didn’t happen to be particularly gifted in that regard. It was all about promoting what a given woman had and hiding what she didn’t. 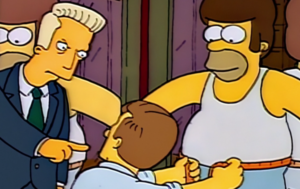 Now, while Valdes designed the outfit, the original idea for it can be attributed to another woman, specifically, Ilse Taurins who was the girlfriend of one of Hugh Hefner’s friends around the time they were trying to figure out what waitresses should wear at the newly created Playboy clubs. According to legend, Taurins suggested an outfit based on the Playboy logo, which for people who are pretending not to remember, is a rabbit wearing a tuxedo, during a meeting she happened to be attending.

Apparently Hugh Hefner scoffed at the idea because the rabbit in the Playboy logo is male and he couldn’t fathom how you’d make a rabbit of all things sexy.

Annoyed at being rebuffed, Taurins went home and asked her mother, a seamstress by trade, to make her a bunny outfit out of a swimsuit. Taurins then wore the outfit to the next meeting she was invited to and asked Hugh Hefner if he’d changed his mind. Unsurprisingly, he said yes.