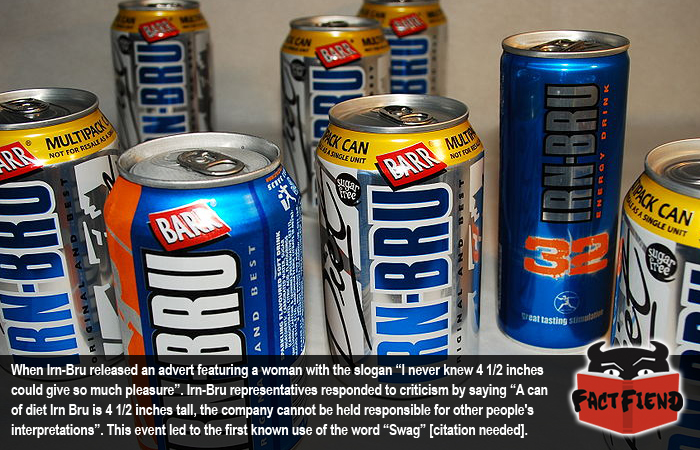 There’s a persistent fact online that in Scotland, Irn-Bru sells better than Coca Cola, making it the only place on Earth where Coca Cola is outsold by a native soft drink. Weirdly, that’s true, to a degree, sales are constantly shifting and both brands are virtually always one-upping each other in sales. Which makes Scotland a unique and chilly battleground.

The weird thing is, Irn-Bru advertises itself quite unlike any other product, for a start it openly states that it is Scotland’s “Other national drink” a cheeky nod to fact everyone in Scotland is blind drunk on whisky. When a soft drink staring down Coca Freaking Cola only acknowledges whisky as its competition, you know they just don’t give a shit.
One of the brands more controversial adverts involved a bikini clad woman with a slogan underneath that simply stated “I never knew four-and-a-half inches could give so much pleasure“. The ad was supposed to be advertising diet Irn-Bru, but unless you’re reading this with a head injury then it’s clear what the ad was referring to.

However, Irn-Bru’s big wigs steadfastly refused to admit that any sexual connotation whatsoever was implied by the advert, parleying all of the blame onto the filthy-minded public. Yes, when asked with explaining why their ad contained sexual content, the higher-ups and Irn-Bru simply shrugged and said, “what sexual content”. And that ladies and gentlemen is the kind of balls it takes to run a company that competes with Coca Cola every single day. 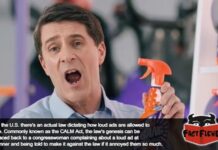