With technology forever marching towards a future in which VR and super-HD are an inevitable eventuality, video games are about this close to being just about realistic enough to replace human contact. But I bet that even the most advanced, video-card melting video games set to be released over the next decade won’t match on the absurd attention to detail found Metal Gear Solid 3. A game from 2004.

To be clear, we don’t mean that video games these days don’t look as good as Metal Gear Solid 3, though the game is still pretty impressive from a visual standpoint considering it was released over a decade ago … 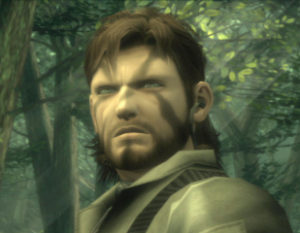 We mean that modern games would struggle to match the insane levels of detail the developers went to with Metal Gear Solid 3 with just about every little thing in the game. For starters, the game follows a super-soldier called Snake as he ventures through a Russian jungle. So excited with Blizzard announcing the WoW Classic: Burning Crusade expansion. I am devoted player of Classic, though i play as a Mage – it is easy to grind and considering to rolling a Blood Elf Paladin (as many would) for the Burning Crusade. I would like to hear you opinion if anyone knows of good tactics to make wow classic gold as grinding and farming in Outlands and play in a wow classic burning crusade.

To help the player remain unseen as they do cool spy missions, the game features a camouflage system allowing you blend into your surroundings. For the most part, this system is fairly self-explanatory – wear green when you’re surrounded by grass, brown when there’s sand and black anytime you want to look cool – however, there’s also a hidden function of camouflage that is never mentioned in the game. That wearing all white camo will ward off bees. This is a subtle nod to the fact that beekeepers wear white suits as it’s supposedly a color that, for whatever reason, bees don’t act as aggressively towards. Again, the game never tells you this, they just put it in because why the hell not?

The game also features a food system that allows you to capture and eat wild animals found during your adventure to replenish your stamina (a stat that affects nearly every action in the game). If left in your inventory for too long, this food will eventually rot. But here’s the thing, the food doesn’t just rot, it rots realistically! While all fresh food will eventually rot if left too long, fish and fruit will rot more quickly than other foods just like in real life.

Speaking of food, Snake, just like a real person, enjoys eating some foods more than he does others. Gameplay wise this makes the food Snake enjoys alleviate his hunger more than food he doesn’t. However, if you constantly try to feed Snake food he likes, he will eventually get sick of it and it won’t restore as much health and stamina. Likewise, keep feeding him food he doesn’t like and he’ll eventually learn to tolerate it and it’ll begin to restore more health when eaten. You can even do this with food that’s poisonous to make Snake build a tolerance to the poison allowing him to eat it in future without getting sick. Oh and the same thing will happen if you let Snake get bitten repeatedly by venomous animals, eventually he’ll just stop giving it attention and become immune to the venom.

In regards to injuries, the game features a comprehensive first-aid system which allows you to heal injuries in a realistic fashion, so you’ll need to apply ointment to a burn or disinfectant to a cut. You can however, if you really want to, ignore these injuries and allow them to heal over time, which will make Snake move more sluggishly and cause his stamina to recover at a reduced rate. In the same vein, having lower stamina will make Snake more likely to sustain an injury because being tired causes him to make more mistakes. Stamina will also be drained when you perform nearly any physical action with more strenuous activities like running uphill, swimming or punching enemies in the face draining it more quickly. Along with making you more prone to injury, having low stamina will make it harder to aim your weapon, make it easier for enemies to overpower you in hand-to-hand combat and will occasionally make Snake’s stomach audibly growl, something that can give your position away. Let Snake’s stamina fall to zero and he’ll pass-out for a few minutes because he’s too fatigued to go on.

Again, none of this stuff is ever mentioned in-game, it’s just a bunch of tiny, additional details they crammed into the game to make it more realistic and occasionally, a little more stupid.