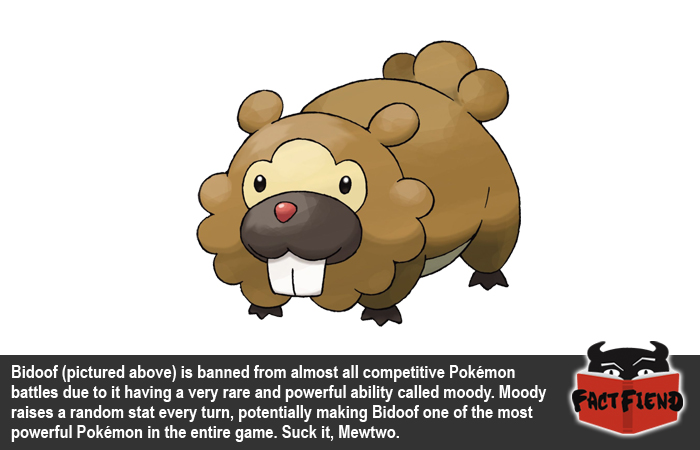 If you get really into Pokémon and start to delve into things like tier lists and the metagame, you’d find something rather odd, the Pokémon that are banned from competitive battling look nothing like you’d expect.

Along with Bidoof and its evolved form, Bibarel ,pretty much every Pokémon with the ability Moody is banned. This is because Moody will raise one random stat every turn, including the evasion stat. Meaning if you’re able to stall an opponent for a few turns, you can end up with an impossible to hit, super-fast Pokémon that hits like a brick being fired from a cannon made of middle fingers. So what god-like Pokémon could possible have an ability this awesome? Well, this one for a start. 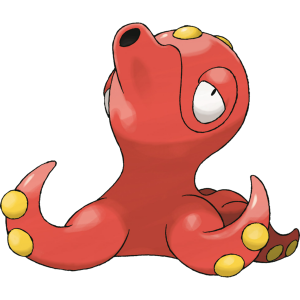 Weirdly, despite it being literally the one of the best abilities in the game, no “cool” looking Pokémon have access to it and any Pokémon that does have it is soft banned from almost every official Pokémon battling tournament out there, almost entirely because it makes them practically unstoppable, even against the so called “best” Pokémon out there. Since power doesn’t count for shit when you can’t actually hit your opponent.

Another banned Pokémon (for a while) was Wobbuffet, not because it’s overly powerful, but because if two Wobbuffet ever battled each other, they effectively break the game since Wobbuffet itself can’t directly attack and its ability prevents an opponent from switching out their Pokémon. In other words, if two Wobbuffet attempt to fight each other, you end up with two semi-useless Pokémon trying to slap each other to death with their own bodies after 120 agonizing turns of doing naff all.

We’re not trying to take a pot shot at Pokémon because we still think it’s rad as hell, we just think it’s hilarious that for a while, the one Pokémon everyone dreaded having to fight, was this one. 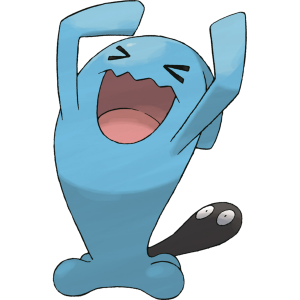