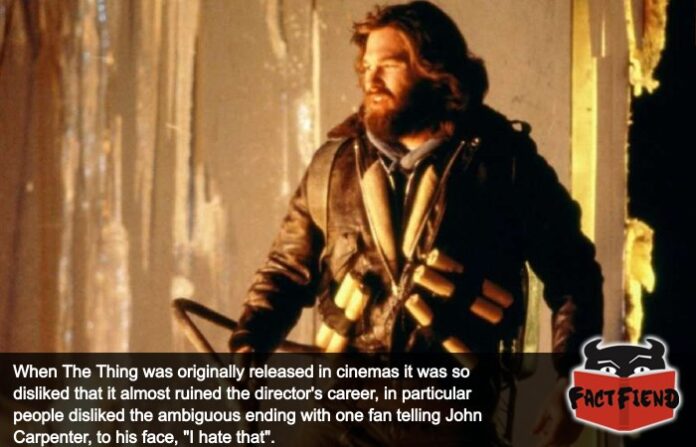 The Thing is a cinematic paradox in that is was widely considered one of the worst movies ever made when it was released but is now lauded as a classic of the genre. An oxymoron that is partly credited to the fact audiences hated having to think about the ending.

As a reminder, The Thing ends with the last remnants of an arctic research team slowly freezing to death in a bombed out base they levelled in an attempt to destroy a lethal parasitic alien lifeform from beyond the stars. Before we move on it’s important to note that one of these survivors is played by Keith David.

The ending is cold, nihilistic and most importantly, deliberately ambiguous with it not being clear whether either man survives or even if they’re still a man at all seeing as the entire point of the film is that the aforementioned alien can perfectly mimic other beings, after violently slapping them to death with its meaty alien appendages.

In fact, the majority of the tension in the film is directly caused by the alien pretending to be someone and then fucking someone all the way up and while there’s numerous fan theories about how the ending can be interpreted, the long and short of it is that you’re not supposed to know for sure. You know, just like the characters in the movie. 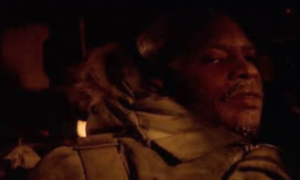 Something that has seen the film come to be regarded as a masterpiece today and at the time, saw it being savaged by critics who eviscerated the movie more thoroughly than the titular shape-shifting alien did half the cast. Countless critics shit just all over the movie, calling it everything from “wretched junk” to simply “the most hated movie of all time“. Our favourite criticism though is that the film’s plot was boring, a baffling assessment considering the film has multiple scenes where a bearded Kurt Russell incinerates a screaming mass of alien with a flamethrower. 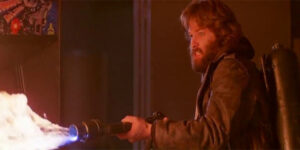 In particular critics and fans despised the film’s ending, partly for being so dark but mostly because it didn’t treat you like a moron and spell out exactly what happened. Something epitomised by an interaction the film’s director, John Carpenter, had at an early screening. Specifically, according to Carpenter he was approached by a member of the audience after the film ended and was asked point blank which of the men was actually The Thing and whether they managed to escape their predicament. A question that confused Carpenter as he thought it was pretty obvious that the answer to that was entirely up to the viewer. Anyway when Carpenter explained this the person was reportedly pretty pissed off and responded “Oh, I hate that.”

An answer that utterly demoralised Carpenter whose balls were basically turned into a dance floor for the month after the films release with everyone taking turns stepping all over them. All because he directed what is today, considered one of the best films ever.