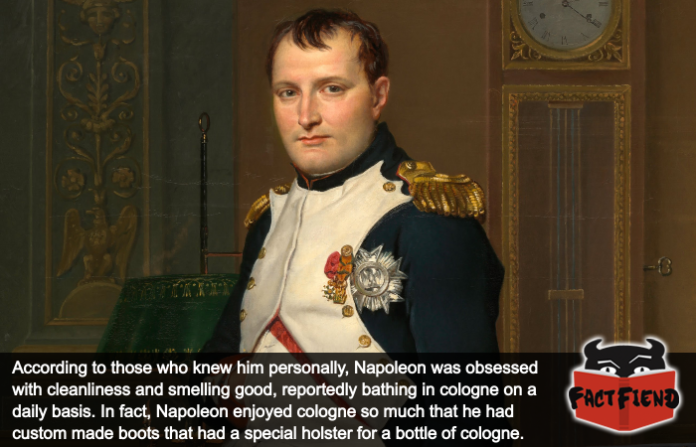 Napoleon Bonaparte is easily one of the most celebrated and influential figures in human history. A peasant turned soldier whose decisive military acumen saw him become the Emperor of France, Napoleon is well known for his love for the finer things in life. Something epitomised by his insistence on wearing custom-made sniff boots while commanding his armies.

Widely considered a tactical genius who was largely undefeated his entirely military career, facing Napoleon on the battlefield was about as likely to end in success as challenging a train to a sumo match. An infamously sore loser who’d intentionally spill drinks on people at parties seemingly just to be a dick, Napoleon was similarly domineering in person. Browbeating people in conversation as handily as he would with cannons and 40 tons of horses in the arena of war.

Although physically unassuming and overwhelmingly, painfully average looking according to his contemplates, Napoleon was still able to immediately command people’s attention with his piercing gaze and the noxious cloud of sickly sweet smog that accompanied him wherever he went.

To explain, at the time Napoleon lived people rarely bathed to the point even nobility, who could easily afford to do so, didn’t bother cleaning themselves to the point some nobles would buy baths they’d never use, as a flex. Napoleon was no different, sometimes going months without so much as a wash, a habit that was even worse when he was kicking the fuck out of the English in battle and resulted in Napoleon, like many of his peers, smelling like shit pretty much 24/7. 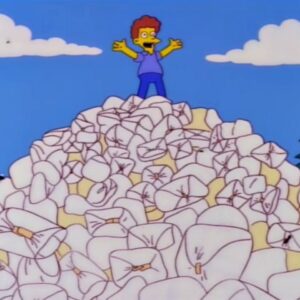 A fact compounded by the fact Napoleon reportedly had a very keen sense of smell to the point he once famously ordered his wife not to wash for several days to enjoy her, ahem, natural scent. Anyway, in an attempt to remedy his constantly smelling like he’d shit himself, Napoleon took to wearing an almost comically excessive amount of cologne. Specifically, the original cologne, eau de Cologne which cost the modern day equivalent of either several hundred of several thousand dollars depending on the source you consult. Per. Bottle. Because wiping himself down with a fresh swan each morning would have made him look too common we guess.

Which sounds ridiculous until you also consider that the Peasant Emperor used a bottle of this cologne every single day. With reports suggesting that Napoleon would endlessly dab the cologne on his person whenever he had a free moment, sometimes going as far as to just dunk the entire bottle on his face like Gatorade before important meetings. 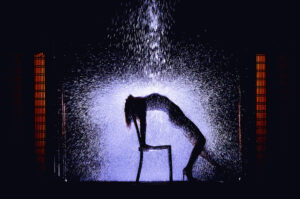 By far the thing that sums up Napoleon’s cologne habit though is his boots, which were custom-made to sport a small cologne holster so that he’d never be caught without his signature scent. Napoleon had similar holsters on his horse’s saddles, frequently travelling with several bottles at once in case one broke and made his horse smell like it was about to get its fuck on. 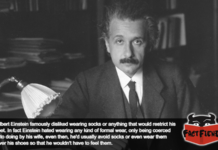