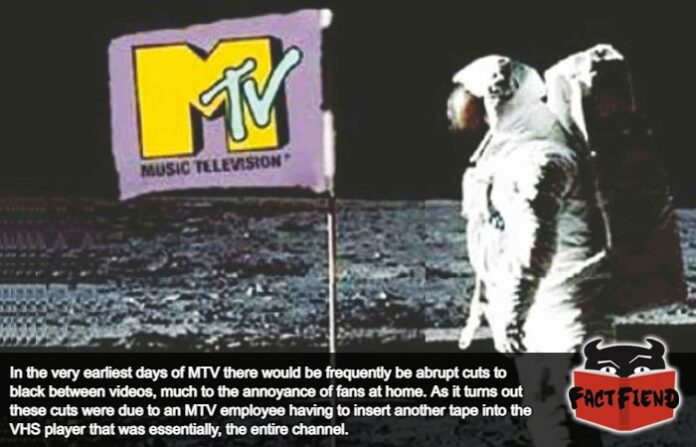 One of the most tired dunks used by people when complaining about modern pop culture is that despite its name initially being a super constrained portmanteau of Music and Television, MTV no longer plays any music. An observation that’s only really worth noting because MTV used to air nothing but literal music videos.

To explain, before MTV was a massive brand it was a channel you could access through an ancient and mysterious service known as cable pitched as a one stop shop for the latest music made by white people. Something that earned the channel the ire of none other than David Fucking Bowie who eviscerated an MTV interviewer over their refusal to play videos by black artists live on air in the 1980’s.

Anyway, the colgate-white origins of MTV can be traced back to August 1st 1981 when a handful of homes in New Jersey (the only area the channel was available in at launch) saw the now familiar and somewhat quaint image of a spaceman holding an MTV flag flicker onto their television. As pub quiz and trivia aficionados everywhere are likely already typing furiously in the comments, what followed was the music video for, somewhat aptly, Video Killed the Radio Star by The Buggle followed by a brief glimpse into an infinite abyss of nothingness and then Pat Benatar’s You Better Run. A pattern that would become a curious quirk of watching MTV in its very earliest days with many fans at home wondering what the hell was going on.

Well as it turns out when MTV first launched the entire channel was basically a VHS tape player hooked up to a monitor, into which a bored intern would insert tapes featuring whatever video was next. In effect, playing literal music videos for the audience at home. In an effort to avoid the awkwardness of people tuning in and seeing several seconds of a blank screen as someone behind the scenes scrambled to find another tape, MTV hired what would eventually become known as video jockeys. Essentially walking haircuts devoid of any personality who’d introduce the next video

As for the tapes themselves, they were initially given to the channel free of charge by record companies as they recognised the nascent music channel industry as a great tool to advertise and saw collaboration as mutually beneficial to both parties. A sentence so far from the describing the monolithic money-hungry beast that is the modern music industry the guy in MTV’s logo could probably see it with a toilet paper telescope.