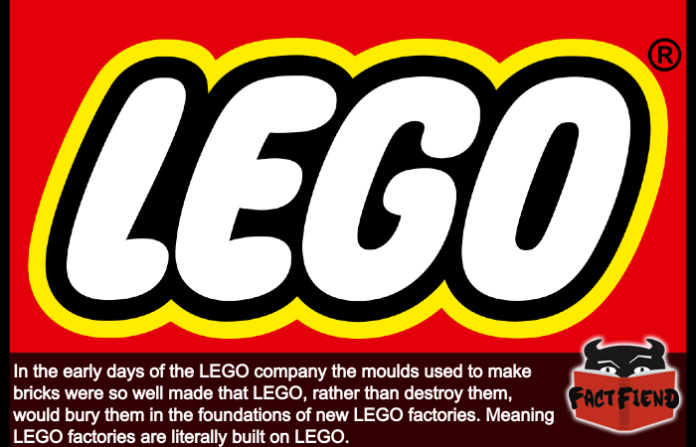 There are few companies more protective of their brand than LEGO, a Danish company that has built a billion dollar business empire on top of hundreds of billions of tiny plastic bricks. A statement it turns out is far more literal than we expected because it turns out the LEGO empire is literally built on top of LEGO.

First things first though, for anyone who’s curious about how we used the word LEGO, yes LEGO is the correct term when referring to both the company and the product. To quote them –

Anyway, while LEGO enjoys unparalleled, almost total levels of brand recognition today, the company has spent decades fending off attempts to hoover little plastic crumbs off its primary coloured plate. Especially when the patent for their product ran out in the late 70’s which saw a plethora of copycat products flood the market. Some of which we feel compelled to mention were advertised the same way McDonald’s beef is is, just like the real thing but cheaper. 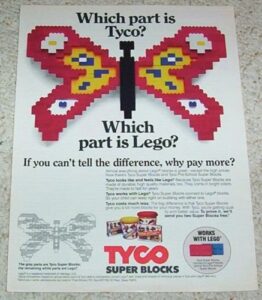 As you might imagine, LEGO isn’t too happy about this and spent years fighting the issue in court and have had their legal shit slapped down more times than a lead basketball. As a result, the company has had to resort to some, interesting tactics to avoid anyone stealing their idea. Like entombing their old moulds in 8 tons of concrete and building a whole-ass factory on top of them.

To explain, for many years, so that other companies couldn’t steal their proprietary brick making techniques, LEGO would take old moulds and bury them in the foundations of their own factories like a Mafia snitch or those guys the Punisher sledgehammers combos in the first season of his TV show. 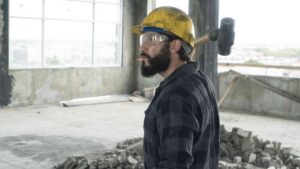 Why? Well, to put it simply, the moulds were so well built that it was pretty much impossible to destroy them completely enough that someone couldn’t potentially steal them and start making their own knock-off LEGO. For the curious, LEGO doesn’t do this anymore because they worked out a deal with local steel factories to cut old moulds up instead. Which while more efficient, isn’t nearly as cool or interesting to say out loud.