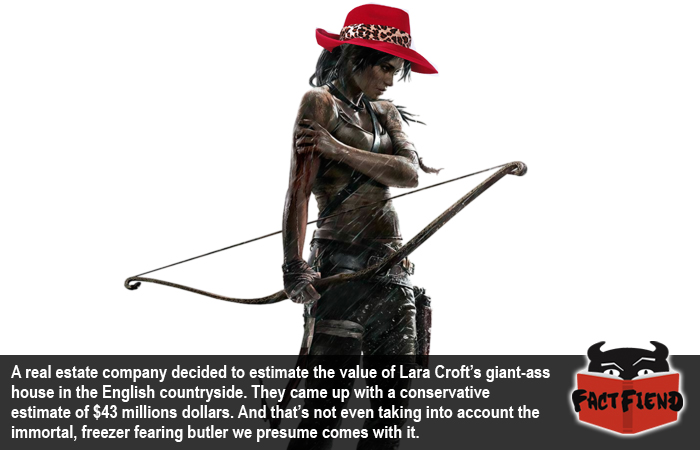 Lara Croft has been a gaming icon for years and has probably been the result of more animals sliding down the endangered species list than Cruella de Vil and Teddy Roosevelt combined.

Though her character has been through more re-designs and edits than a Miley Cyrus action figure, one thing has always remained constant. She’s English and she kicks all kinds of ass.

Like Miss Croft, Croft Manor (yes, she lives in a manor) has seen many designs through the years, like Croft though a few things have remained the same, mainly that it’s massive and the butler will follow you to the ends of time, regardless of how often you shoot him. Because in England butlers take their job seriously and apparently to the grave.

A real estate company decided to work out exactly how much Lara would get for her mansion if she decided to sell it, though the the calculations all involved estimates and there’s no way they could know exactly what Croft Manor contains, they were able to come up with a fairly good guess. With around 75,000 square feet of floor space, a pool, an indoor training area and a dirt bike track, Lara’s digs are worth a respectable 43.2 million dollars.

It’s at this point we’d like to mention that this is just what her house is worth, Lara likely has a way of paying upkeep on this house since she’s lived in it for like the last decade and a half. Which comfortably makes Miss Croft a multi-millionaire. And yet she still feels like she needs to shoot tigers in the face. Man, rich people never have enough, do they? 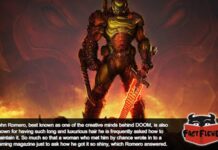