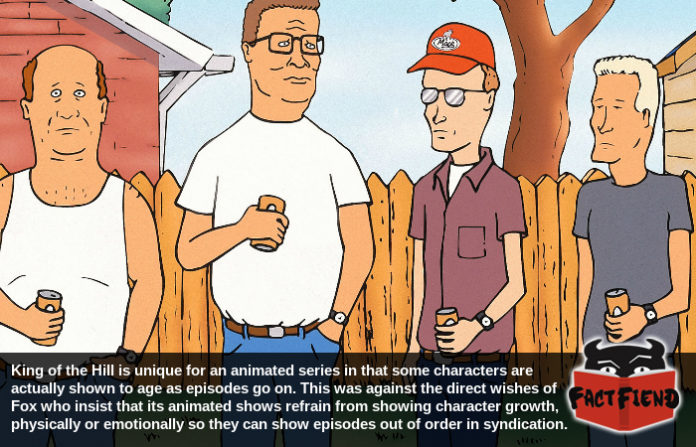 A common problem present in sitcoms is that you can only keep the show going for so long before your core audience will become frustrated or bored with the fact none of the characters ever seem to grow or develop. King of the Hill tried incredibly hard to buck this trend despite being repeatedly told by Fox to cut that shit right out.

You see a common demand Fox makes of animated shows like the Simpsons and Family Guy is that they refrain as much as possible from showing any character development and avoid story-lines that last longer than a single episode. This allows the network to show episodes out of order in syndication without having to worry about maintaining continuity because they know most people don’t give a shit.

Although this isn’t totally out of the norm for a sitcom, animated or otherwise, since characters will always remain basically the same throughout a series, they will generally evolve as a character in line with the over-arching story of a series or season. Joey from FRIENDS for example remained a womanising, Lothario type until the final episode but grew in response to other changes like his best friend having a baby or being robbed. Growth like this is important because the longer a show goes on without allowing a character to develop, the more prone they are to Flanderization.

Essentially Flanderization is when an aspect of a given characters personality is simplified and exaggerated as a series goes on to the point it becomes their only real defining trait. Think of any character from a sitcom that was on the air for more than 8 seasons and it’s more than likely that at least one character in it was turned in a caricature of themselves. A great example is Peter Griffin from Family Guy who went from being an oafish, but otherwise decent husband and father in early seasons to a legally retarded man-child with no redeeming qualities whatsoever.

Flanderization is something all sitcoms tend to suffer from to a degree, however, animated shows in particular are especially susceptible to it because unlike real actors, animated characters never age. Bart Simpson for example has been 10 years old for nearly 3 decades despite celebrating Christmas every year since he 90’s and his parent’s anniversary a dozen times. The kids in Modern Family might be the same basic archetypes they were in the first episode, but the fact they age and mature allows for storylines that feel organic.

Fox doesn’t seem to give all that big a shit about this and in addition to insisting that the characters in its animated shows never grow either physically or as human beings, even go as far as to dissuade writers from story arcs that go on for more than one episode. The obvious problem with this being that there are only so many wacky adventures a cartoon family can have with everything magically resolving itself in 20 minutes before that starts to get stale and the show gets desperate. To use The Simpsons as an example again in 2015 it was announced that in the first episode of Season 27, Homer and Marge would legally separate. Wanna know how that obvious, sad, desperate ratings grab of an episode ended? It turned out it was all a fucking dream.

King of the Hill tried to avoid this in early seasons by writing episodes that specifically centred around character growth and incorporating things character learned in earlier episodes into later ones. This sounds simple but was some groundbreaking shit for a cartoon. Episodes were also specifically written to draw humor from realistic, often mundane situations an audience could relate to. However, by far the most ballsy thing the show did was break a long-standing rule of animated shows by having a character visibly mature. 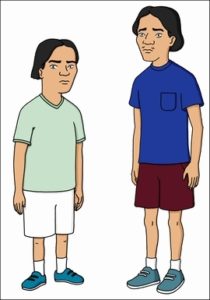 If you haven’t seen the show that’s Joseph Gribble and between seasons they had him go through puberty, showing this by drawing the character a few inches taller and even giving him the faintest whiff of a moustache. The producers even hired a new voice actor to represent his voice breaking and getting deeper.

If you’re sat there there thinking this doesn’t sound all that impressive, think for a moment how many people would complain if in the next season of the Simpsons Bart suddenly grew 6 inches taller, started wearing different clothes and had a different voice. People would lose their fucking minds. 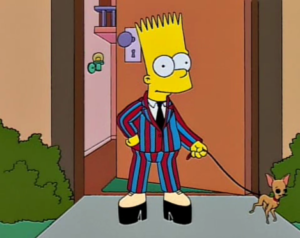 King of the Hill not only had the balls to pull a move like this off, but openly commented on it several episodes. However, in the show’s 7th season the original creative minds behind the series’ early success began to have a diminished role in the development of each episode. Almost immediately the new creative team began to slowly dismantle what character growth had been seen in earlier seasons. This involved stopping drawing characters as if they’d aged between seasons and and retroactively altering story arcs that forced characters to change.

Perhaps one of the most cynical retroactive changes was to completely write out a character who’d been the one-time love interest of perpetual sad-sack Bill Dauterive to maintain the status quo. So fans who were looking forward to a character who’d been shit on in every nearly every episode of the entire show finding a sliver of happiness had it snatched away because fuck you for wanting a cartoon to have an emotional pay off.