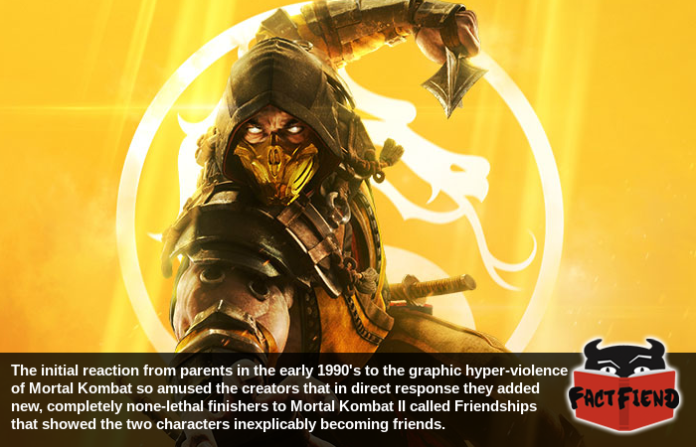 Mortal Kombat is a series famous for pushing the graphical limitations of home video game consoles almost purely in the pursuit of more accurately portraying digitised hyper-violence. A fact that saw the earliest games in the series being widely criticised by concerned parents. A group the creative team behind the first couple of Mortal Kombat games couldn’t resist making fun of. With friendship.

You see, even if you’ve never played a Mortal Kombat game you’re probably well aware that a mainstay of the series is Fatalities. The name given to the over-the-top finishing moves performed by characters at the climax of a fight against a defeated and completely helpless opponent. Finishing moves that involved everything from ripping your opponent’s skull out of their head to obliterating their flesh with a burst of hellfire. 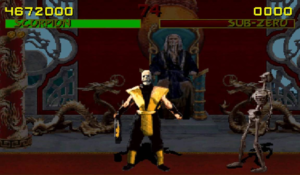 Originally intended as a victory dance of sorts for winning players, the existence of fatalities in the original arcade release of Mortal Kombat was initially kept secret by the game’s creators. The idea being that rumors of secret, ultra-violent finishing moves in the game would spur additional sales from people trying to find them.

To the surprise of the game’s creators though Fatalities were found almost instantly and the, for the time, realistic nature of the violence made the game a massive hit with teenagers and kids who’d literally never seen anything like this before in a video game. We’re presuming the fact the game also let you play as a sweet ninja with the ability to fire ice out of his hands was also a factor in the game’s early popularity because get the fuck out of here if you don’t think that sounds like the raddest shit ever. 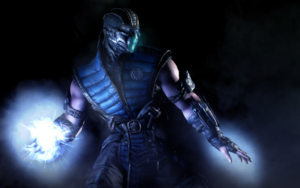 As popular as the game was though, the digitised ultra-violence in a medium many at the time still thought was exclusively for children made some parents uneasy. A sentiment we feel compelled to mention the people behind Mortal Kombat absolutely agreed with, welcoming a decision to award the first game in the series a “mature” rating because they agreed that the game was intended for a more mature audience. As an aside, that rating was handed down by the ESRB – a self-regulatory body that rates video games – that was literally created in response to the backlash against Mortal Kombat’s content.

Despite this, concerned parents continued to complain about the game’s violence to such an extent that when Mortal Kombat II was being created the decision was made to put a knowing jab at these complaints into it. A jab that took the form of Friendships, finishing moves that served as the functional antithesis to a Fatality in that they did no damage whatsoever to the opponent. 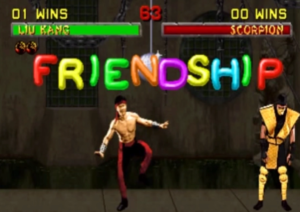 Friendships were intentionally designed to clash with the aesthetic of the game in the most obnoxious way possible and care was taken to make every single one look completely ridiculous. In addition, to really sell how out of place they were, when a Friendship was performed in a match the announcer would respond with the same level of incredulity as the player about what was going on. Hell, even the mechanics behind how Friendships worked were a jab at people who didn’t understand the game because you could only perform one if you won solely through kicks or in later games by not blocking. In other words, you could only realistically hope to perform one against an especially shit opponent.

Friendships were quietly dropped from later games in the series as concerned parents found other things to be annoyed about but never forget that for a brief, but amazing moment in the 90’s, there was a game in arcades where you could genuinely choose between ripping someone’s head off or turning yourself into a snowman. 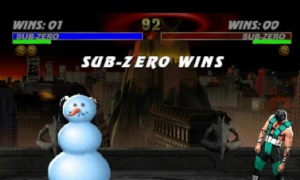 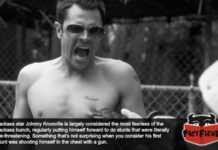